The Arch Mission Foundation, a nonprofit designed to preserve human heritage forever, has successfully placed the first in a series of terrestrial Earth Archives. The Lava Library is the longest lasting time capsule ever deployed on Earth, and follows the placement of Arch Mission's Lunar Library on the Moon in 2019.

The Arch Mission Foundation creates and maintains ultra-long-term data storage archives called Arch Libraries. These libraries are the most durable records of human civilization ever built. Using new technologies, they preserve more knowledge for more time than anything ever created. The Lava Library is an instance of The Billion Year Archive initiative, which aims to build a solar-system wide library system that can preserve, connect, and share humanity's knowledge for billions of years.

"As a species, we have a problem, we have no backup. If we were to face a global cataclysmic event, the cumulative knowledge of our modern civilization would disappear within a few decades," says Matthew Hoerl, Arch Mission Co-Founder and Executive Director.

"Since we started in 2015, we've launched multiple Arch Libraries to space and to the Moon, and have more extraterrestrial missions planned for this year. But we've also asked ourselves what good is an offsite knowledge backup in space if civilization collapses here on Earth? The Earth Archives will ensure that we preserve our human knowledge for the future here on this planet, while also, we hope, providing a tangible celebration of our civilization for today."

The Lava Library was buried in January in the lava tubes of Hawaii's Mauna Loa volcano by the Valoria I mission crew of HI-SEAS during a Mars simulation mission. HI-SEAS (Hawai'i Space Exploration Analog and Simulation) is an analog space habitat located at 8200 feet above sea level. HI-SEAS aids space exploration and research through simulating missions to the Moon and Mars with related human psychology, astrobiology, geology and technology testing projects. The Lava Library was selected as one of the technology testing projects for this mission.

Since it is an analog storage medium, designed to replace microfiche, it can be viewed using simple optical magnification like a few drops of water or a basic microscope. In addition to the time capsule, Arch Mission deployed nine additional copies to test nano archival technology in extreme Earth environments, such as near active lava flows, and in deep cavernous locations.

"The patented NanoFiche technology provides a durable archive material that can last for hundreds of generations and just as importantly, the information retrieval is time invariant," says Ha. "A civilization can just as easily read the human readable content 2,000 years ago as one 10,000 years from now with simple tools of magnification. In honor of our past and duty to our future, we hope these archives will preserve our collective knowledge, in service of the civilizations to come."

In addition to more Earth Archives to be built and deployed in the coming years, Arch Mission Foundation will send the second installment of the Lunar Library to the Moon later this year, in a previously announced partnership with Astrobotic. That archive will double the size of the first Lunar Library with over 60 million pages. 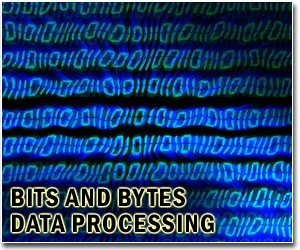