For as long as he can remember, Cole Gregg has been interested in space. Last week, the Western University graduate astronomy student had a night he'll never forget as he spotted a previously undiscovered asteroid flashing through the night sky.

Studying at home due to the COVID-19 pandemic, Gregg is one of a number of astronomers with remote access to a telescope based in Nerpio, Spain at an observatory known as Astrocamp.

While operating the telescope, located on a mountaintop in Spain, Gregg noticed a bright dot moving rapidly across his field of view. Upon further investigation with Western astronomy professor Paul Wiegert, the object proved to be a small asteroid estimated at 50 to 100 meters in diameter passing through near-Earth space.

Colorado State University Professor Susan Bailey was one of more than 80 scientists across 12 universities who conducted research on the textbook experiment; Mark remained on Earth while Scott orbited high above for nearly one year. The massive effort was coordinated by NASA's Human Research Program.

Bailey has continued her NASA research and now joins more than 200 investigators from dozens of academic, government, aerospace and industry groups to publish a package of 30 scientific papers in five Cell Press journals on Nov.

Scientists at Sanford Burnham Prebys Medical Discovery Institute have shown that fruit flies that spent several weeks on the International Space Station (ISS)—about half of their lives—experienced profound structural and biochemical changes to their hearts. The study, published today in Cell Reports, suggests that astronauts who spend a lengthy amount of time in space—which would be required for formation of a moon colony or travel to distant Mars—could suffer similar effects and may benefit from protective measures to keep their hearts healthy. The research also revealed new insights that could one day help people on Earth who are on long-term bed rest or living with heart disease.

"For the first time, we can see the cellular and molecular changes that may underlie the heart conditions seen in astronaut studies," says Karen Ocorr, Ph.D.

Living at low gravity affects cells at the genetic level, according to a study of worms in space.

Stronger effects were found in some genes, especially among neurons (nervous system cells).

The study, by the University of Exeter and the NASA GeneLab, aids our understanding of why living organisms—including humans—suffer physical decline in space.

"We looked at levels of every gene in the worms' genome and identified a clear pattern of genetic change," said Dr. Timothy Etheridge, of the University of Exeter.

"These changes might help explain why the body reacts badly to space flight.

"It also gives us some therapy targets in terms of reducing these health effects, which are currently a major barrier to deep-space exploration."

The study exposed worms to low gravity on the International Space Station, and to high gravity in centrifuges.

The high-gravity tests gave the researchers more data on gravity's genetic impacts, and allowed them to look for possible treatments using high gravity in space.

NASA is working toward sending humans to Mars by 2030. If all goes according to plan, the flight crew's return trip to the red planet will take about two-and-half years. That's a long time to spend uninterrupted with co-workers. But imagine if the astronauts don't get along with each other.

To ensure that doesn't happen, a new study led by Western University tested team dynamics of five astronauts during an analog Mars mission staged by the Austrian Space Forum in 2018 in Oman, a country that shares borders with Yemen, United Arab Emirates and Saudi Arabia.

The study found that conscientiousness is a key requirement for a crew to achieve its extraterrestrial tasks, outdistancing other potential traits like honesty, humility, emotionality, extraversion, openness and agreeableness.

"Conscientiousness, an individual personality trait, can be thought of as a pooled team resource," said Julia McMenamin, a Western psychology Ph.D. candidate and first author of the paper published by Astrobiology. 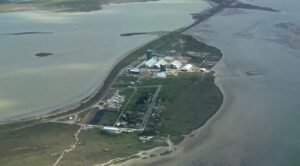 Here's Looking at You, MKID

In the years since astronomers discovered the first exoplanet - a planet that orbits a star outside the solar system - more than 4,000 have been observed. Usually, their presence is given away by the slight effects they have on their parent stars, which vastly outshine them. For a decade and half, scientists have been trying to image exoplanets directly, but the Earth's atmosphere presents a maj
Read more...

Move over plastic: desktop 3D printing in metal or ceramics 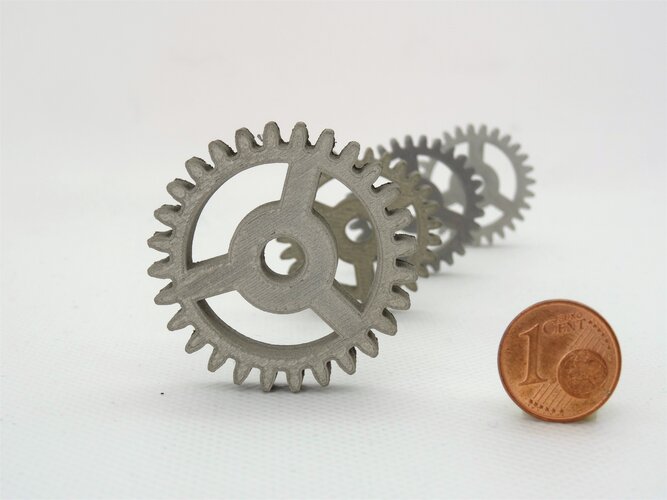 SpaceX launched one of its Falcon 9 first-stage boosters for a record seventh time Tuesday night as the company launched more of its Starlink satellites from Florida. The 16th batch of 60 satellites headed toward orbit at 9:13 p.m. EST from Launch Complex 40 at Cape Canaveral Air Force Station. The launch marks the 100th such mission for a Falcon 9 rocket, and boosts the number o
Read more...

Space experts and educators from around the world are closely following the Chang'e 5 mission and are optimistic it can achieve its targets. Professor Martin Sweeting, a fellow of the Royal Society of the United Kingdom and a distinguished professor of space engineering at the University of Surrey, said the international science community has been looking forward to the mission and the first col
Read more...

Moon mission tasked with number of firsts for China

The Chang'e 5 lunar mission will need to overcome a succession of challenges and difficulties before it can be declared a complete success, project insiders said. Mission spokesman Pei Zhaoyu said Chang'e 5 will be the first Chinese spacecraft to carry out sample collection and launch operations on an extraterrestrial body, and these maneuvers will be extremely demanding and sophisticated
Read more...

Yutu 2 rover still operating on far side of moon

China's Yutu 2 rover has been operating on the lunar surface for 692 Earth days, cementing its status as the second-longest-working rover on the moon, the China National Space Administration said. The second Chinese lunar rover, Yutu 2 is part of the ongoing Chang'e 4 mission, humanity's first endeavor to land on and closely observe the far side of the moon. The rover has traveled nearly 5
Read more...

China to Begin Construction of Its Space Station Next Year

China is set to begin construction of its orbital space station next year, deputy head of the Chang Zheng 5 (Long March 5) launch vehicle project of the China Aerospace Science and Technology Corporation (CASC), Qu Yiguang, told reporters. "Since the appearance of the Chang Zheng 5 launch vehicle, it has been determined that it will carry out the mission of launching China's largest spacec
Read more...

NASA's Perseverance rover carries a device to convert Martian air into oxygen that, if produced on a larger scale, could be used not just for breathing, but also for fuel. One of the hardest things about sending astronauts to Mars will be getting them home. Launching a rocket off the surface of the Red Planet will require industrial quantities of oxygen, a crucial part of propellant: A crew of
Read more...
Page 1 of 314

Nitrexo’s Expertise Thermal engineering, particularly in the space industry, is the expertise of Ni...