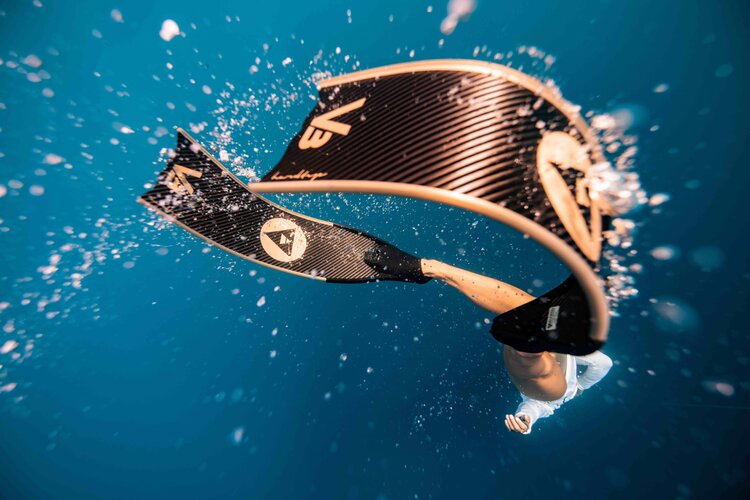 Adding microscopic nano-materials to carbon fibre composites has resulted in stronger, tougher fins for divers. A space material company teamed up with a market leader in the design and production of free-diving and spear-fishing equipment through ESA’s Technology Transfer and Patent Office.

Flight over Korolev Crater on Mars 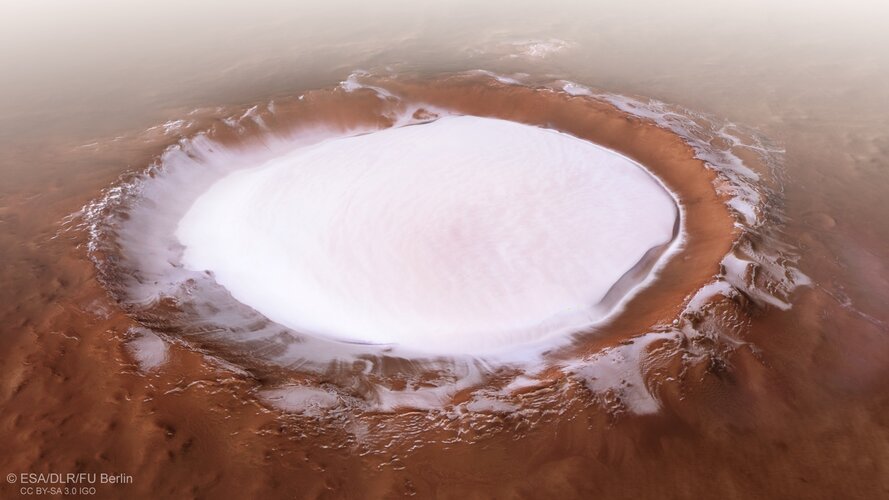 This movie, based on images taken by ESA’s Mars Express, showcases the 82 km wide Korolev crater on Mars.

Located in the northern lowlands of the Red Planet, south of the large Olympia Undae dune field that partly surrounds Mars’ north polar cap, this well-preserved impact crater is filled with water ice all year round. The crater’s floor lies two kilometers below its rim, enclosing a 1.8 km thick domed deposit that represents a large reservoir of non-polar ice on Mars.

Metals in lunar craters provide new insights to its origin

Life on Earth would not be possible without the Moon; it keeps our planet's axis of rotation stable, which controls seasons and regulates our climate. However, there has been considerable debate over how the Moon was formed. The popular hypothesis contends that the Moon was formed by a Mars-sized body colliding with Earth's upper crust which is poor in metals. But new research suggests the

China's first Mars rover should launch later this month, authorities said Wednesday, as the country races to catch up with the US dominance of space. The Tianwen-1 Mars rover is scheduled to blast off from Hainan island, off China's south coast, between July 20 - 25, according to the Xichang Satellite Launch Centre. It will be China's first interplanetary mission, and takes place shortly

Exolaunch, a rideshare launch and deployment solutions provider, signed launch agreements with NanoAvionics, a nano-satellite bus manufacturer and mission integrator, to launch two 6U nano-satellites aboard SpaceX's Falcon 9 rideshare missions. Under the contract, Exolaunch will provide launch, integration and deployment services to the NanoAvionics-built satellites. The first contracted spacecr

The U.S. Senate's defense bill adds $120 million to the Defense Department's space-based anti-hypersonic weapons program, despite no request for an increase. The Hypersonic and Ballistic Tracking Space Sensor, a constellation of satellites dedicated to locating the firing and direction of enemy missiles capable of achieving 5,000 miles-per-hour speeds, is a part of the Defense Departmen

NASA invests $51M in innovative ideas from US Small Businesses

The flight computers and avionics of NASA's Space Launch System (SLS) rocket's core stage for the Artemis I mission were powered on and have completed a thorough systems checkout. The test used Green Run software that was developed for the test and loaded in the flight computers for the first time. The SLS avionics power on and checkout was the second of eight tests in the Green Run test s

For the second time the Swedish Institute of Space Physics (IRF) will explore Venus. On board the Indian Venus mission Shukrayaan-1, IRF's satellite instrument Venusian Neutrals Analyzer (VNA) will study how the charged particles from the Sun interact with the atmosphere and exosphere of the planet. Between 2006-2014 IRF's instrument ASPERA-4 (Analyzes of Space Plasma and EneRgetic Atoms)

The newly discovered exoplanet TOI 849 b offers the unique opportunity to peer inside the interior of a planet and learn about its composition. It orbits around a star about 730 light years away, which is very similar to our sun. The exposed core is the same size as Neptune in our solar system. The researchers assume that it is a gas giant that was either stripped of its gaseous atmosphere

ESO telescope captures the disappearance of a massive star

Using the European Southern Observatory's Very Large Telescope (VLT), astronomers have discovered the absence of an unstable massive star in a dwarf galaxy. Scientists think this could indicate that the star became less bright and partially obscured by dust. An alternative explanation is that the star collapsed into a black hole without producing a supernova. "If true," says team leader and PhD

The origin of high-energy cosmic neutrinos observed by the IceCube Neutrino Observatory, whose detector is buried deep in the Antarctic ice, is an enigma that has perplexed physicists and astronomers. A new model could help explain the unexpectedly large flux of some of these neutrinos inferred by recent neutrino and gamma-ray data. A paper by Penn State researchers describing the model, w

Measurements from NASA's Transiting Exoplanet Survey Satellite (TESS) have enabled astronomers to greatly improve their understanding of the bizarre environment of KELT-9 b, one of the hottest planets known. "The weirdness factor is high with KELT-9 b," said John Ahlers, an astronomer at Universities Space Research Association in Columbia, Maryland, and NASA's Goddard Space Flight Center i

The "ice giant" planets Neptune and Uranus are much less dense than rocky, terrestrial planets such as Venus and Earth. Beyond our solar system, many other Neptune-sized planets, orbiting distant stars, appear to be similarly low in density. Now, a new planet discovered by NASA's Transiting Exoplanet Survey Satellite, TESS, seems to buck this trend. The planet, named TOI-849 b, is the 749t

Russian cosmonaut Anatoly Ivanishin became the first person to vote online from the International Space Station on Tuesday, the Russian Space Agency Roscosmos announced. The 51-year-old cosmonaut, who came aboard the ISS in April, cast his ballot as part of a week-long vote to approve constitutional reforms that could extend President Vladimir Putin's rule, Roscosmos said. "Anatoly Ivani 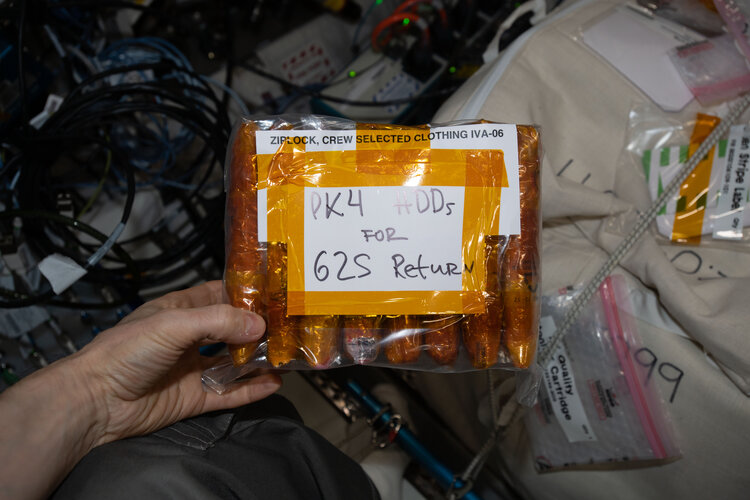 The arrival of NASA astronauts Bob Behnken and Doug Hurley in the first crewed SpaceX Dragon on 31 May brought the Space Station crew to five and heralded the start of a new month of science 400 km above our heads. 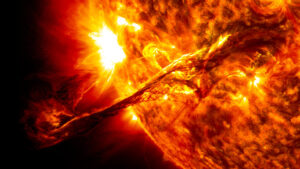 SAN FRANCISCO – The Southwest Research Institute won a $15.6 million contract to design and build the Solar Wind Plasma Sensor for the National Oceanic and Atmospheric Administration’s Space Weather Follow On (SWFO) Lagrange 1 satellite. NOAA announced the cost plus, fixed-fee contract July 1, which it awarded through NASA. 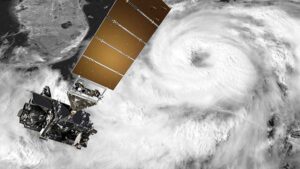 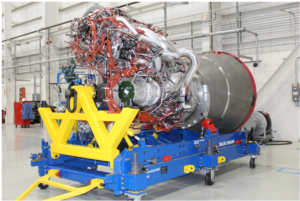 WASHINGTON — Blue Origin this week delivered a BE-4 rocket engine to United Launch Alliance. ULA will use two BE-4s in the main stage of its future Vulcan Centaur rocket

In a celebratory tweet July 1 with the hashtag #CountdowntoVulcan ULA announced that a BE-4 engine arrived at its rocket factory in Decatur, Alabama.