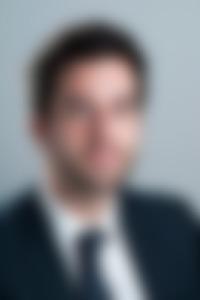 Profile Overview
University of Ferrara
Scientist
Research
Author of the heliocentric hypothesis
Mathematics, Astronomy, Medicine, Greek Classics, Economics
No
20 Feb 1985
Male
Worked extensively with photometric and spectroscopic data analysis on the 0.3-0.7 micron range from both ground-based (such as CFHT, MAD, SDSS) and space-based telescopes (HST, Herschel). Studied the properties of several Galactic open clusters by using PACS and SPIRE photometers on board of Herschel satellite. Experience with photometry software for (DAOPHOT, Romafot, IRAF, ALLFRAME, ALLSTAR, CuTex) and in the use of scientific languages (Fortran77, IDL, Python).
Capabilities


We present a first estimate of the triboelectric charging generated by a drill in Shackleton crater; a permanently shadowed region at the Moon’s south pole. The results depend upon the local plasma environment as well as material properties of the drill and lunar regolith. We show how in the dark plasma-poor regions, a high voltage can accumulate due to the negligible electrical grounding, leading to a potential hazard for explorers and their equipment. To mitigate this problem, two grounding solutions are described: (i) A sun-facing surface outside of the shadowed region and (ii) a portable UV ionization lamp. The two solutions are physically analogous, depleting charge by photo-ionization, and are predicted to both be relatively manageable to implement. We estimate the parameter requirements and discuss pros and cons for each method.


Real-time precise Global Navigation Satellite System (GNSS) satellite orbit and clock products are the prerequisite of real-time GNSS-based applications. With the modernization of Global Positioning System (GPS) constellation and construction of other GNSS constellations, the number of GNSS satellites transmitting multi-frequency signals is increasing rapidly. While the benefit of multi-frequency to Precise Point Positioning (PPP) and Precise Clock Estimation (PCE) has been evaluated by many researchers, the impact of multi-frequency on orbit and clock estimation is still limited, especially in real-time mode. Different from the dual-frequency model, the Inter-Frequency Clock Bias (IFCB) must be treated carefully in the triple-frequency model. In this contribution, the triple-frequency model for real-time GPS satellite orbit and clock estimation is derived and the influence of L5 frequency observations on real-time GPS satellite orbit and clock are analyzed. With observation data from globally distributed stations spanning January 1 to 14 of 2018, real-time GPS orbit and clock are estimated with both dual-frequency and triple-frequency observations. Numerical experiments indicate that, compared to the International GNSS Service (IGS) final orbit, the L5 frequency observations improve the consistency of the normal component with about 0.2 cm, however lead to a decrease of consistency in the radial component with about 0.6 cm; the influence on the tangential direction varies with different number of stations. The potential reason for this phenomenon may partly be attributed to the absence of accurate antenna information for L5 frequency. However, due to the tight constraint of dynamic force model on orbit, the overall differences for each component is less than 1.0 cm, which means the contribution of the third frequency observation on the orbit is limited.


Drastic miniaturization of electronics and ingression of next-generation nanomaterials into space technology have provoked a renaissance in interplanetary flights and near-Earth space exploration using small unmanned satellites and systems. As the next stage, the NASA’s 2015 Nanotechnology Roadmap initiative called for new design paradigms that integrate nanotechnology and conceptually new materials to build advanced, deep-space-capable, adaptive spacecraft. This review examines the cutting edge and discusses the opportunities for integration of nanomaterials into the most advanced types of electric propulsion devices that take advantage of their unique features and boost their efficiency and service life. Finally, we propose a concept of an adaptive thruster.
https://www.nature.com/articles/s41467-017-02269-7#citeas


In this paper, high‐power electric propulsion options are surveyed in the context of cargo and piloted missions to Mars. A low‐thrust trajectory optimization program (raptor) is utilized to analyze this mission. Candidate thrusters are chosen based upon demonstrated performance in the laboratory. Hall, self‐field magnetoplasmadynamic (MPDT), self‐field lithium Lorentz force accelerator (LiLFA), arcjet, and applied‐field LiLFA systems are considered for this mission. In this first phase of the study, all thrusters are assumed to operate at a single power level (regardless of the efficiency‐power curve), and the thruster specific mass and power plant specific mass are taken to be the same for all systems. Under these assumptions, for a 7.5 MW, 60 mT payload, piloted mission, the self‐field LiLFA results in the shortest trip time (340 days) with a reasonable propellant mass fraction of 57% (129 mT). For a 150 kW, 9 mT payload, cargo mission, both the applied‐field LiLFA and the Hall thruster seem reasonable choices with propellant mass fractions of 42 to 45%(7 to 8 mT). The Hall thrusters provide better trip times (530‐570 days) compared to the applied‐field LiLFA (710 days) for the relatively less demanding mission.
https://doi.org/10.1196/annals.1311.027


More than 27 years of high precision satellite altimetry enables analysis of recent changes in global mean sea level (GMSL). Several previous studies present estimates of the trend and acceleration in GMSL; however, all are exclusively performed with data from the TOPEX/Poseidon, Jason-1, Jason-2 and Jason-3 missions (TPJ data). In this study we extend the altimetry record in both time and space by including independent data from the ERS-1, ERS-2, Envisat and CryoSat-2 missions (ESA data). This increases the time-series to span more than 27 years (1991.7–2019.0) and the spatial coverage is extended from ± 66° to ± 82° latitude. Another advantage of the ESA data is that it is independent of the issues associated with the TOPEX altimeter which introduce a significant uncertainty to the first part of the record. GMSL based on ESA data on the 1991–2019 period within ± 82° latitude exhibit an acceleration of 0.095 ± 0.009 mm/yr2. The corresponding value for the TPJ data is 0.080 ± 0.008 mm/yr2 for the 1993–2019 period and within ± 66° latitude. The ERS-1 satellite was launched shortly after the large Pinatubo eruption in 1991. The satellite observes a decrease of 6 mm in GMSL during the first 1.7 years until the launch of TOPEX/Poseidon. The distribution of sea level acceleration across the global ocean is highly similar between the ESA and TPJ dataset. In the Pacific Ocean regional sea level acceleration patterns seem related to the El-Niño Southern Oscillation (ENSO) whereas around Greenland a clear negative acceleration is seen.
https://doi.org/10.1016/j.asr.2020.01.016

Nitrexo’s Expertise Thermal engineering, particularly in the space industry, is the expertise of Ni...