AFRL Officers transfer to US Space Force in historic ceremony

Joining more than 2,400 Airmen across the nation, 13 Air Force Research Laboratory officers took the oath of office Feb. 1, transferring from the U.S. Air Force to the U.S. Space Force, in an induction ceremony held at Kirtland Air Force Base.

The U.S. Space Force stood up as a new branch of the military Dec. 20, 2019, Felt told the audience seated outdoors at Kirtland's Hardin Field. He explained Feb. 1 is the first day that engineers could transfer from the Air Force to the Space Force.

"[Today] is an important day for you and the Space Force," Felt said. "I ask you to think about your personal space story, what inspired your passion for Space. My own excitement for Space began in 2004 on assignment to the National Reconnaissance Office when I realized the criticality, complexity, and fragility of our nation's space capabilities. Our dream of a separate Service focused on space came true last year, and came with the once-in-a-lifetime opportunity to establish the Space Force culture we need to deter conflict in the space domain."

Guest speaker, and Vietnam combat reconnaissance veteran Col. Mullane, was selected as an astronaut in 1978 and flew on three Space Shuttle missions. He explained to the Guardians, the new service's designation for its space professionals, that he has been consumed with space and rockets since he was 12 years old, and knew on Oct. 4, 1957, when he briefly saw the Russian satellite Sputnik flying over Albuquerque, that his life and career would be devoted to Space.

"Now it is your turn," Mullane said. "You are going to have immense responsibility, and all of the other services - the Air Force, the Army, the Navy - will be depending on you. It will be tough, but it will be you folks protecting us. I have absolute confidence you will do your duty. I salute you and your families that you could not succeed without - they are your support crew and they are being commissioned too."

Maj. Gen. McCasland has a distinctive history with AFRL. He was the Space Vehicles director from 2001 to 2004 and the Air Force Research Laboratory commander from 2011 to 2013.

"I grew up in the Air Force, and was smitten with Space and hoped it would be my life," McCasland said. "You as scientists and engineers have entered the Space Force from a unit with a very special legacy. You are its brain trust and you are already leading the discovery, development and delivery of war-winning technology, core for the tasks of the Space Force. It's your service now to create your own new culture and identity that fits your mission needs."

Before taking the oath of office, each of the new Guardians exchanged their Air Force insignia to the Space Force insignia. Their duties will remain the same, fulfilling the mission of the Air Force Research Lab - "One AFRL - Two Services."

"One of the coolest parts is being on the front end of a new service," said Capt. David Buehler, an inductee at the ceremony. "It is exciting and you feel like you are leading the charge. I am looking forward to sharing my love of the Space Force with others such as high school students, hoping that I can influence them in their career choices. As a New Mexico native, it's also cool to be commissioned to the Space Force in my own state."

This group of scientists and engineers from AFRL are among the first to become United States Space Force Guardians.

"To echo Maj. Gen. McCasland's remark, we have the opportunity to define the culture of the Space Force and build our own unique service," Buehler said. 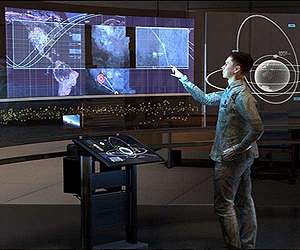