China's first solar probe to be lofted in 2022

China's first solar probe, Advanced Space-based Solar Observatory (ASO-S), is scheduled to be launched into space in the first half of 2022, marking the country's first-ever mission to "touch" the sun. The satellite will operate in a sun-synchronous orbit 720 km above Earth to keep a close tab on the sun 24 hours a day. Measuring about 1,000 kg in total mass, the satellite is expected to o

China's first solar probe, Advanced Space-based Solar Observatory (ASO-S), is scheduled to be launched into space in the first half of 2022, marking the country's first-ever mission to "touch" the sun.

The satellite will operate in a sun-synchronous orbit 720 km above Earth to keep a close tab on the sun 24 hours a day. Measuring about 1,000 kg in total mass, the satellite is expected to orbit the sun for at least four years, according to the Purple Mountain Observatory of the Chinese Academy of Sciences, a research institute based in Nanjing, east China's Jiangsu Province.

The main scientific objectives of the probe include observing the sun's magnetic field and two major eruptive phenomena, or bursts on the star, that are solar flares and coronal mass ejections (CMEs). It will deploy three payloads, including Full disk Vector MagnetoGraph, Hard X-ray Imager, and Lyman-alpha Solar Telescope.

Hitherto the sun is the only fixed star that can be studied in detail by humans. The vast majority of its radiation is blocked by Earth's atmosphere. Only by sending probes into space can a complete picture of the sun be presented for further studies.

As the sun's temper varies on an 11-year cycle and the star enters Solar Cycle 25, it is estimated to reach its peak radiation around 2025. The solar probe can help obtain detailed records of solar activity during its rise to the peak years, said Gan Weiqun, a researcher with the institute.

The satellite will also realize its potential in space weather forecasting. The CMEs can be detected at least 40 hours ahead of their arrival by the observatory, which is expected to further facilitate early warnings of damage to Earth's electromagnetic environment.

Since the 1960s, more than 70 satellites related to solar observation have been launched globally. The ASO-S is expected to plug China's gap in the field, according to Gan. 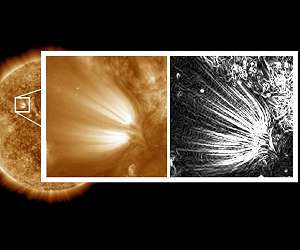 NASA explores solar wind with new view of small sun structures
Greenbelt MD (SPX) Jan 20, 2021
Scientists have combined NASA data and cutting-edge image processing to gain new insight into the solar structures that create the Sun's flow of high-speed solar wind, detailed in new research published in The Astrophysical Journal. This first look at relatively small features, dubbed "plumelets," could help scientists understand how and why disturbances form in the solar wind. The Sun's magnetic influence stretches billions of miles, far past the orbit of Pluto and the planets, defined by a drivi ... read more 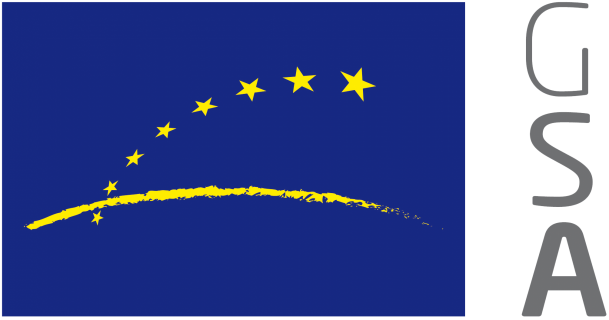