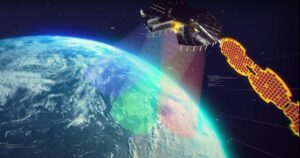 The Space and Missile Systems Center intended to award the contract Dec.

31 but delayed it to further evaluate a court judgment against NSTXL in a lawsuit filed by a former business partner. The court decision was brought to light by the Washington Post on Dec. 30.

SMC announced on Dec. 10 it selected NSTXL to manage the consortium. After contracting officers reviewed the case, SMC confirmed on Friday the deal will move forward.

“SMC assessed the matter with due diligence as part of the responsibility determination, and concluded that the filing would not affect the company’s ability to execute the terms of this contract in the best interest of the government,” SMC said Jan. 15.

The Space Enterprise Consortium, known as SpEC, is a group of hundreds of space and defense companies that compete for technology development contracts. Companies develop prototypes under agreements known as Other Transaction Authority, or OTAs, which move faster than traditional government contracts. SpEC currently has 457 members.

Under the 10-year agreement with NSTXL, consortium members will compete for up to $12 billion in projects over that period.

As the consortium manager, NSTXL — based in Arlington, Virginia — will be responsible for the administrative work of running the consortium — such as signing up members, collecting membership dues and processing government paperwork that is required for each project. The consortium manager is not involved in the selection of contractors for individual projects but it earns fees that are calculated based on the value of the projects that SMC awards to members of the consortium.

When the Space Force or other customers request a technology prototype, the SpEC issues a solicitation to its members and they submit proposals. SMC officials evaluate proposals and select the winners.

The U.S. Air Force created the SpEC in 2017 to attract startups and commercial companies from the space industry to bid on military projects.  Sejba said the SpEC is important for “industry engagement and rapid prototype development in the space defense arena.” The consortium has a mix of startups and established commercial and government suppliers.

The current manager of the consortium is South Carolina-based ATI. SMC spokeswoman Capt. Kaitlin Toner said NSTXL will “begin work as the consortium manager immediately for new prototype efforts, while ATI will continue to manage those prototype projects already awarded through prototype completion.”

Technologies that have been developed by consortium members include satellites, sensor payloads, ground stations and cybersecurity systems.

Assistant secretary of the Air Force for acquisition Will Roper told reporters Jan. 14 — his last day in office — that the SpEC “has been one of the most successful OTAs in the department’s history” and is used by the Space Force as well as intelligence agencies. “It’s doing a great job bringing nontraditional players into the fold of the military where we can work with them without the huge machinations of the procurement process.”