NASA astronauts aboard the International Space Station are preparing new Astrobee flying robots to enhance science on the orbiting laboratory - a technology that could be vital to future deep space exploration. The cube-shaped machines float in the microgravity of orbit and use jets of compressed air to maneuver. Astrobees can be operated by the space station crew or by people on Earth

NASA astronauts aboard the International Space Station are preparing new Astrobee flying robots to enhance science on the orbiting laboratory -- a technology that could be vital to future deep space exploration.

The cube-shaped machines float in the microgravity of orbit and use jets of compressed air to maneuver. Astrobees can be operated by the space station crew or by people on Earth to perform science investigations.

"We are planning to have them perform boring, routine tasks, because crew time is one of the most valuable resources we have up there," Benavides said.

Three Astrobees were launched to the space station in 2019, to replace similar SPHERES robots that had flown around the U.S. part of the station for more than 10 years. SPHERES units were dedicated primarily for science, while NASA has bigger plans for the Astrobees.

For example, NASA and audio equipment company Bose are developing specialized microphones that could record sounds of machinery, Benavides said.

Over time, the Astrobees could alert the crew to any sudden changes in noise patterns that could signal a problem with the station's life support systems.

Astrobees also may carry sensors to detect high levels of carbon dioxide, which could create a deadly emergency.

So far, NASA has unpacked and commissioned two of the three robots, which are named Honey, Queen and Bumble.

Astrobees are equipped with speakers, cameras, laser imaging or LIDAR, signal lights, an LED touchscreen control panel, a docking arm. The robots can fly to a charging station to replenish their batteries. They also carry a laser pointer.

"That's actually a standard laser pointer you'd use giving a presentation," Benavides said, adding that ground control could use Astrobee's pointer to identify something like a defective wire or air leak.

Just before the end of the year, astronauts on the space station reviewed procedures for an Astrobee experiment about trapping space debris, according to NASA's space station updates.

"Astrobee has been a great platform to work with," Cauligi said. "Compared to SPHERES, Astrobee has been more thoroughly verified, and its operational limits set such that we're provided more freedom to command and run the robot."

Such robots will be essential for planned missions to the moon and Mars, and especially for operating habitats in space, said Ben Lamm, founder and chief executive of artificial intelligence firm Hypergiant based in Austin, Texas.

"Robotic platforms will slowly and methodically be used to establish and maintain a power, data, and water infrastructure that eventually will be capable of sustaining long-term human presence on and near the moon," Lamm said. 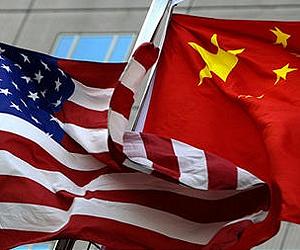 China enacts rules to counter 'unjustified' foreign laws
Beijing (AFP) Jan 9, 2021
China on Saturday introduced new rules to counter "unjustified" laws and measures that other countries might apply to its companies and citizens, as tensions with the United States worsen. The rules aim at "protecting the legitimate rights and interests" of Chinese people and companies, and safeguarding the country's interests, said the commerce ministry. China's move comes as its firms face increasing pressure abroad, particularly from the US, which has placed restrictions on telecoms giant Hua ... read more