From a mountain high in Chile's Atacama Desert, astronomers with the National Science Foundation's Atacama Cosmology Telescope (ACT) have taken a fresh look at the oldest light in the universe. Their new observations plus a bit of cosmic geometry suggest that the universe is 13.77 billion years old, give or take 40 million years. The new estimate matches the one provided by the standard mo

From a mountain high in Chile's Atacama Desert, astronomers with the National Science Foundation's Atacama Cosmology Telescope (ACT) have taken a fresh look at the oldest light in the universe. Their new observations plus a bit of cosmic geometry suggest that the universe is 13.77 billion years old, give or take 40 million years.

The new estimate matches the one provided by the standard model of the universe and measurements of the same light made by the Planck satellite. This adds a fresh twist to an ongoing debate in the astrophysics community, says Simone Aiola, first author of one of the new papers on the findings in the Journal of Cosmology and Astroparticle Physics.

Steve Choi, Cornell Presidential Postdoctoral Fellow and researcher at the Cornell Center for Astrophysics and Planetary Science in the College of Arts and Sciences, is lead author for the paper, "The Atacama Cosmology Telescope: a measurement of the Cosmic Microwave Background power spectra at 98 and 150 GHz," published Dec. 30, 2020.

In 2019, a research team measuring the movements of galaxies calculated that the universe is hundreds of millions of years younger than the Planck team predicted. That discrepancy suggested that a new model for the universe might be needed and sparked concerns that one of the sets of measurements might be incorrect.

"Now we've come up with an answer where Planck and ACT agree," says Aiola, a researcher at the Flatiron Institute's Center for Computational Astrophysics. "It speaks to the fact that these difficult measurements are reliable."

The age of the universe also reveals how fast the cosmos is expanding, a number quantified by the Hubble constant. The ACT measurements suggest a Hubble constant of 67.6 kilometers per second per megaparsec. That means an object 1 megaparsec (around 3.26 million light-years) from Earth is moving away from us at 67.6 kilometers per second due to the expansion of the universe.

"I didn't have a particular preference for any specific value - it was going to be interesting one way or another," says Choi. "We find an expansion rate that is right on the estimate by the Planck satellite team. This gives us more confidence in measurements of the universe's oldest light."

While several local universe measurements find a consistently higher Hubble constant, this is the first time that two independent cosmic microwave background (CMB) measurements found consistently lower Hubble constants. (The CMB marks a time 380,000 years after the universe's birth when protons and electrons joined to form the first atoms. Before that time, the cosmos was opaque to light.)

"The growing tension between these distant versus local measurements of the Hubble constant suggests that we may be on the verge of a new discovery in cosmology that could change our understanding of how the Universe works. It also highlights the importance of improving our measurements of the CMB with ACT as well as the future Simons Observatory and CCAT-prime projects that we are now building," says Niemack, associate professor of physics and astronomy.

Like the Planck satellite, ACT peers at the CMB, the afterglow of the Big Bang.

If scientists can estimate how far light from the CMB traveled to reach Earth, they can calculate the universe's age. That's easier said than done, though.

Judging cosmic distances from Earth is hard. So instead, scientists measure the angle in the sky between two distant objects, with Earth and the two objects forming a cosmic triangle. If scientists also know the physical separation between those objects, they can use high school geometry to estimate the distance of the objects from Earth.

Subtle variations in the CMB's glow offer anchor points to form the other two vertices of the triangle. Those variations in temperature and polarization resulted from quantum fluctuations in the early universe that got amplified by the expanding universe into regions of varying density. (The denser patches would go on to form galaxy clusters.)

Scientists have a strong enough understanding of the universe's early years to know that these variations in the CMB should typically be spaced out every billion light-years for temperature and half that for polarization. (For scale, our Milky Way galaxy is about 200,000 light-years in diameter.)

ACT measured the CMB fluctuations with unprecedented resolution, taking a closer look at the polarization of the light. "The Planck satellite measured the same light, but by measuring its polarization in higher fidelity, the new picture from ACT reveals more of the oldest patterns we've ever seen," says Suzanne Staggs, ACT's principal investigator, at Princeton University.

As ACT continues making observations, astronomers will have an even clearer picture of the CMB and a more exact idea of how long ago the cosmos began. The ACT team will also scour those observations for signs of physics that doesn't fit the standard cosmological model. Such strange physics could resolve the disagreement between the predictions of the age and expansion rate of the universe arising from the measurements of the CMB and the motions of galaxies.

Research Report: "The Atacama Cosmology Telescope: a measurement of the Cosmic Microwave Background power spectra at 98 and 150 GHz" 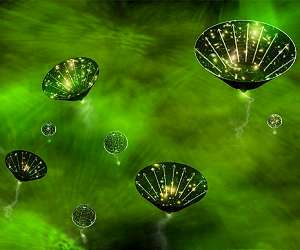 Primordial black holes and the search for dark matter from the multiverse
Tokyo, Japan (SPX) Dec 30, 2020
The Kavli Institute for the Physics and Mathematics of the Universe (Kavli IPMU) is home to many interdisciplinary projects which benefit from the synergy of a wide range of expertise available at the institute. One such project is the study of black holes that could have formed in the early universe, before stars and galaxies were born. Such primordial black holes (PBHs) could account for all or part of dark matter, be responsible for some of the observed gravitational waves signals, and seed sup ... read more