Space for all is this student's goal

The latest NASA rover, scheduled to land on Mars tomorrow after traveling more than six months in interplanetary space, is carrying with it a special instrument called MOXIE. About the size of a car battery, MOXIE will inhale carbon dioxide from the Martian atmosphere and transform it into a breath of oxygen. That's the plan, at any rate. On Earth, Maya Nasr and other members of the MOXIE

The latest NASA rover, scheduled to land on Mars tomorrow after traveling more than six months in interplanetary space, is carrying with it a special instrument called MOXIE. About the size of a car battery, MOXIE will inhale carbon dioxide from the Martian atmosphere and transform it into a breath of oxygen.

That's the plan, at any rate. On Earth, Maya Nasr and other members of the MOXIE team will be holding their own breath as they wait to see if the instrument they've designed, tested, and helped launch will work after the Perseverance rover touches down on the Martian surface.

Nasr, a PhD student in the MIT Department of Aeronautics and Astronautics, has been working on MOXIE since 2016. MOXIE's deployment "was to me always very far away from happening, and now that it's almost there, it's just incredible," she says.

Growing up in Lebanon, Nasr was "passionate about space exploration and answering the big questions in our universe," she recalls. Watching Charles Elachi, a Lebanese-American and former head of Jet Propulsion Laboratory, during the 2012 Curiosity rover mission filled her with pride - and a belief that she could also make her mark in space.

"It's always been a dream to be involved in a Martian mission" like Elachi, she says. "Those missions were part of why I applied to MIT in the first place."

Since coming to the United States and MIT as a 16-year-old, Nasr's interests have expanded beyond even Mars. Her experiences have led her to become an advocate for expanding the international community in space exploration and for the peaceful use of space.

"It's been really hard for me, being a woman from Lebanon, from the Middle East, being involved in the space industry in the U.S.," she says, "so I've always been passionate about space representation being for everyone. Space is a space for everyone."

Launch and landing
When she enrolled at MIT in 2014, her aerospace classes were early favorites, including one taught by Jeffrey Hoffman, a former NASA astronaut and now her PhD advisor as she works on the MOXIE project.

"It took me a lot of time to really accept that he was an astronaut right in front of us," she recalls. "Everyone else was accepting this as if this was something normal, but for me, it was like, 'how are you not more excited?'"

She began work on MOXIE as part of SuperUROP, MIT's Advanced Undergraduate Research Opportunities Program, creating a framework for evaluating the design and capabilities for a scaled-up version on MOXIE as her independent study project. She has since received both her bachelor's and master's degrees in aerospace engineering.

No one in Nasr's family or anyone she knew growing up had ever been to the United States when she applied to MIT, but her parents were very supportive, she says. "They were scared and afraid of sending me, but at the same time they couldn't make me miss this opportunity."

One of the ways she stays in touch with Lebanon is by writing poetry in Arabic, she says, "as a connection to my mother language, and a way to think about my country."

The tragic year that Lebanon endured in 2020 - an economic crisis, the October revolution, the Covid pandemic, and the deadly Beirut explosion - have made it even harder to be away from home, Nasr says. "I am scared of not having anything to go back to because the country has changed so much since I was last there two years ago."

Space for all
As a student from Lebanon, her access to data and her ability to work with full teams for space missions is limited under national security law. "There are lists of countries that are basically restricted, and if you're part of these countries, your passport defines everything you can get access to," she says. "So no matter how good you are, no matter how many years you've been involved with something, basically your passport decides what you do."

Her future career plans were complicated last year by proposed new limits on foreign worker visas, and Nasr shared her concerns in The New York Times. "Like many other international students, I'm waiting on the new regulations and what the new administration is going to be like in terms of immigration and foreign nationals and all the topics related to that," she says.

She was encouraged, however, by how universities rallied around foreign students when the visa issue was raised. "MIT and other universities put a lot of effort into sending a different message, and that was really important."

Nasr serves on the United Nations' Space Generation Advisory Council as policy and congressional legislation leads for a task force on U.S. space legislation, in addition to working on policies related to the peaceful use of space and expanding international participation in space. The group's goals are especially important to her, she says, after she discovered "how non-inclusive the space industry can be."

The work has also changed the way she approaches engineering problems, she notes. "It's not just how do we get to Mars, but what are the ethical questions this raises? Are we following the regulations of space law? How can we collaborate on a multinational approach?"

One of Nasr's latest projects is a collaboration with her friend Lihui Zhang on a payload for the International Space Station as part of the MIT Media Lab Space Exploration Initiative. Nasr and Zhang, an MIT master's student in technology policy and aeronautics, are collecting messages of love, peace, and unity from around the globe to be encoded using nanotechnology and sent to the ISS.

The project was inspired in part by the "Golden Record" of the Voyager missions of the late 1970s, which contains images, natural sounds, and greetings in more than 50 languages from Earth. 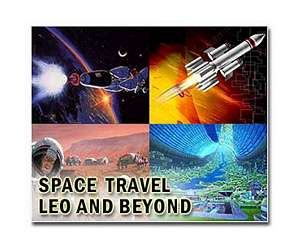 Early crewed travel to Mars
Bethesda MD (SPX) Feb 12, 2021
There is no doubt that humans are going to Mars. It is simply a question of how and when. However, there are many fundamental concerns that must be dealt with. Some of these address crew safety, radiation exposure, long travel times, life support on Mars and return options. We already know that low energy methods of transfer can take eight months each way and minimum Mars surface time between return windows is about two years. At a minimum, any Martian trip is going to be a major hassle. Transport ... read more