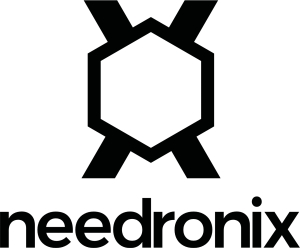 The Murchison Widefield Array (MWA) is a joint project between an international consortium of universities to build a low-frequency radio array operating in the frequency range 80–300 MHz.

The main scientific goals of the MWA are to detect neutral atomic Hydrogen emission from the cosmological Epoch of Reionization (EoR), to study the sun, the heliosphere, the Earth's ionosphere, and to study radio transient phenomena.

The MWA is the first so-called large-N array, fully cross-correlating signals from 128 phased tiles, each of which consist of 16 crossed dipoles arranged in a 4x4 square. The field of view is large by the standard of astronomical instruments, being on the order of 30 degrees across.

The MWA was to be situated at Mileura Station where initial testing had been conducted then moved southwest Boolardy station in outback Western Australia, at the Murchison Radio-astronomy Observatory (MRO), 800 kilometres north of Perth. This location offers a quiet radio environment and stable climate for observations.

In addition to the geographic link, the MWA is a technology and science pathfinder for the SKA.

The Sunrise project is a balloon-borne solar observatory. It consists of a 1m aperture Gregory telescope, a UV filter imager, an imaging vector polarimeter, an image stabilization system and further infrastructure.

The SUNRISE project aims at high-resolution spectro-polarimetric observations of the solar atmosphere on the intrinsic spatial scale of its magnetic structure. The SUNRISE telescope with 1 m aperture and its instruments will provide spectra and images resolving spatial scales down to 35 km on the Sun. The main scientific goal of the mission is to understand the formation of magnetic structures in the solar atmosphere and to study their interaction with the convective plasma flows. The first science flight of Sunrise yielded high-quality data that reveal the structure, dynamics and evolution of solar convection, oscillations and magnetic fields at a resolution of around 100 km in the quiet Sun.

The Helioviewer project is an online Solar and heliospheric image visualization tool. It is the result of a cooperation between NASA, ESA, and JAXA.

The aim of the Helioviewer Project is to enable exploration of the Sun and the inner heliosphere for everyone, everywhere via intuitive interfaces and novel technology. It's a suite of (mostly) open technologies designed to make populous archives of large images and related data and metadata available over the web, via intuitive interfaces. It grew out of solar physics, where there is a need to be able to visualize large numbers of heterogeneous data-sets that observe phenomena in the inner heliosphere. The interfaces we have developed are designed to let users overlay multiple data-sets and enable exploration on user-defined time-scales and length-scales.

It is consisting of an online tool at Helioviewer.org and its sister application JHelioviewer.

Synoptic Optical Long-term Investigations of the Sun (SOLIS) is a new synoptic facility for solar observations over a long time frame that is funded by the National Science Foundation (NSF) and designed and built by the National Solar Observatory (NSO).

SOLIS will provide unique observations of the Sun on a continuing basis for several decades to understand the solar activity cycle, sudden energy releases in the solar atmosphere, and solar irradiance changes and their relationship to global change.

The mission is funded under the NASA Low Cost Access to Space program. The FOXSI project is led by the Space Sciences Laboratory at the University of California, Berkeley. The NASA Marshall Space Flight Center is responsible for the grazing incidence optics, while the Astro-H team at JAXA/ISAS has provided double-sided silicon strip detectors.

FOXSI is a pathﬁnder for the next generation of solar hard x-ray spectroscopic imagers. Such observatories will be able to image the non-thermal electrons within the solar ﬂare acceleration region, trace their paths through the corona, and provide essential quantitative measurements such as energy spectra, density, and energy content in accelerated electrons.

Previously, techniques to collect and observe the high energy x-rays streaming from the sun were hampered by the fact that x-rays at high energies cannot be focused with conventional lenses the way visible light can be. When an x-ray encounters a standard glass lens it passes through the lens completely. X-ray telescopes have therefore relied on imaging that doesn't rely on focusing. This is a very effective technique when looking at a single bright event on the sun, such as the large burst of radiation and x-rays from a solar flare, but doesn't work as well when searching for many faint events occurring simultaneously.

The FOXSI instrument, however, makes use of new iridium-coated nickel/cobalt mirrors that do successfully cause x-rays to reflect, as long as the x-rays come in from a nearly horizontal direction. Several of these mirrors in combination help collate the x-ray light before funneling it to the detector. These focusing optics make faint events appear brighter and crisper.

The Solar Anomalous and Magnetospheric Particle Explorer (SAMPEX) satellite was launched in July 1992 into a low earth orbit at an altitude of 520 by 670 km and 82 degrees inclination.

The satellite far exceeded its expected three-year lifetime. It has primarily operated in a three-axis stabilized mode but has also been spun for limited periods. The satellite carries four instruments designed to measure the radiation environment of the Earth's magnetosphere.

SAMPEX was an international collaboration between NASA of the United States and Germany. It was part of the Small Explorer program started in 1989.

The Interface Region Imaging Spectrograph (or IRIS) is a space probe, planned by NASA, to observe the Sun.

It is a NASA Small Explorer program mission to investigate the physical conditions of the solar limb, particularly the chromosphere of the Sun.

IRIS will observe how solar material moves, gathers energy, and heats up as it travels through a little-understood region in the sun's lower atmosphere. Tracking how material and energy move through this region is a crucial part of understanding the dynamics of the sun.

Solar Orbiter (SolO) is a planned Sun-observing satellite, under development by the European Space Agency (ESA). The main mission scenario is a launch by an Atlas V from the Kennedy Space Center in Florida in January 2017.

SolO is intended to perform detailed measurements of the inner heliosphere and nascent solar wind, and perform close observations of the polar regions of the Sun, which is difficult to do from Earth, both serving to answer the question 'How does the Sun create and control the heliosphere?'

Helios-A and Helios-B (also known as Helios 1 and Helios 2), are a pair of probes launched into heliocentric orbit for the purpose of studying solar processes. A joint venture of the Federal Republic of Germany (West Germany) and NASA, the probes were launched from the John F. Kennedy Space Center at Cape Canaveral, Florida, on Dec. 10, 1974, and Jan. 15, 1976, respectively.

Published in Projects
Tagged under
Read more...
Page 1 of 2