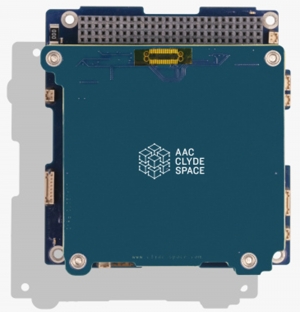 OPTIMUS batteries offer high capacity with low mass and volume. Our high quality lithium polymer batteries are optimized for Low Earth Orbit (LEO) missions with a maximum altitude of 850km. Utilized over a large number of missions; especially US CubeSat missions, these New Space solutions have an excellent track record spanning almost two decades as one of the most flown and reliable spacecraft batteries. In order to ensure consistent quality levels the batteries undergo rigorous testing, including tests performed by ESA and NASA.

The battery systems all have autonomous integrated heater systems to enhance operation at low temperatures. Each system has multiple protection systems in place at a cell, battery, and system-level which will automatically respond to external fault conditions, protecting the battery and wider system from irrecoverable damage. The OPTIMUS Battery range is compatible with International Space Station deployment safety requirements and can be compatible with a wide variety of launch platforms, including crewed missions, when integrated into suitable platforms. 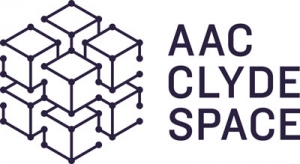 At AAC Clyde Space we specialise in providing advanced small spacecraft, mission services, and subsystems. We are the market leader in small satellite solutions and services for government, commercial, and educational organisations.

ABSL Space Products  is known as a leading supplier of Lithium-ion batteries for spacecraft and launch vehicles.

ABSL is a major supplier of primary and secondary Lithium-ion batteries to the space industry, having accumulated more than 10,000 cell years of operation in space without failure. Since pioneering the use of Lithium-ion with the world's first rechargeable Lithium-ion spacecraft battery (PROBA), we have received battery contracts for more than eighty spacecraft and launch vehicles. Thirty four of our battery systems have been launched powering spacecraft in various orbits. PROBA was designed for one-year mission duration and is still operating after nearly seven years in orbit.

Our battery products provide power to satellites and launch vehicles to:

ABSL can supply batteries to meet the range of spacecraft and launch vehicle demands. ABSL primary batteries can be used for launch vehicle or ‘one shot’ spacecraft missions such as landers. ABSL secondary batteries are used on launch vehicles for avionics, pyrotechnic, flight termination and thrust vector control systems. On spacecraft, ABSL rechargeable battery systems mostly provide power during Launch and Early orbit OPerations (LEOP) periods as well as on station when solar arrays are in shadow. For all space applications, high reliability and assured performance in the most demanding of environments is key. ABSL batteries have proved incredibly reliable with industry leading performance with light weight being particularly important as this frees payload mass either for added spacecraft utility or launch capability.

ABSL Space Products is a world leading supplier of Lithium-ion batteries for spacecraft and launch vehicles.

It has been recently purchased by EnerSys, an American company.