Powering the moon: Designing a microgrid for future lunar base

Sandia National Laboratories is well-known for designing reliable and resilient microgrids for military bases and vital city services. Now, Sandia researchers are working with NASA to design one for the moon.

This is not the first time Sandia has partnered with NASA to power equipment on the moon. In fact, Sandia provided the technical direction for the radioisotope thermoelectric generators that powered the lunar experiments placed by many of the Apollo missions.

NASA's plan for its concept Artemis lunar base is that it will serve as a technology proving ground for the eventual human exploration of Mars, said Jack Flicker, a Sandia electrical engineer.

Could we capitalise on the Earth-based digital revolution to make our satellites smarter?

ESA Discovery is funding 12 projects that will explore the potential of applying the latest developments in artificial intelligence (AI) and advanced computing paradigms to make satellites more reactive, agile and autonomous. This could generate new practical applications that support life on Earth and our exploration of other planets.

Orbex's Prime rocket reaching technical readiness represents a significant achievement that brings together key elements of the ground infrastructure and prototype launch vehicle for the first time and is a major step forward for the company and for the U.K. launch industry.

The U.K. Space Agency supported the development of Orbex's Prime rocket with £5.5 million of funding, as part of the government's plans to enable small satellite launch from U.K. spaceports.

With the first integration of a full scale Orbex prototype launch vehicle on a launch pad now complete, the company will enter a period of integrated testing, allowing dress rehearsals of rocket launches and the development and optimization of launch procedures.

Orbex recently revealed their first test launch platform at a new test facility in Kinloss, a few miles from the company's headquarters at Forres in Moray, Scotland.

Science Minister George Freeman said: "This is a hugely exciting time for the U.K. space and satellite sector as we count down to the first satellite launches from U.K. spaceports later this summer. Orbex Prime is a remarkable feat of engineering from a British rocket company, pioneering more sustainable and innovative fuels that cut carbon emissions.

What's the best way to build landing pads on the moon?

In the near future, NASA, the European Space Agency (ESA), China, and Roscosmos all mount crewed missions to the moon. This will constitute the first time astronauts have walked on the lunar surface since the Apollo era. But unlike the "race to the moon," the goal of these programs is not to get there first and leave only a few experiments and landers behind (i.e., "footprints and flags" missions), but to establish a sustained human presence on the lunar surface. This means creating habitats on the surface and in orbit that can be used by rotating crews.

While NASA and other space agencies intend to leverage local resources as much as possible—a process known as in-situ resource utilization (ISRU)—creating lunar bases will still require lots of materials and machinery to be shipped from Earth. In a recent study, Philip Metzger and Greg Autry reviewed the cost and energy consumption of building landing pads on the lunar surface.

Wealthy nations are carving up space and its riches, and leaving other countries behind

I am a research fellow at Arizona State University, studying the wider benefits of space and ways to make it more accessible to developing countries. 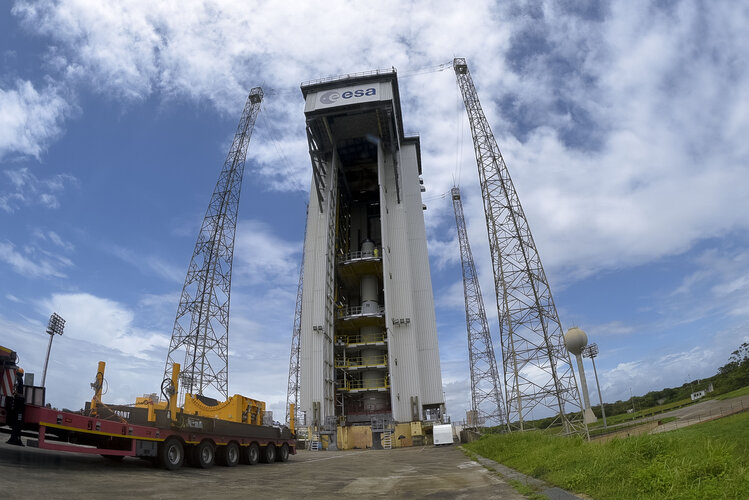 Preparation for VV21, the inaugural flight of ESA’s new Vega-C rocket, continues at pace with integration of the Zefiro-9 solid-fuel third stage. 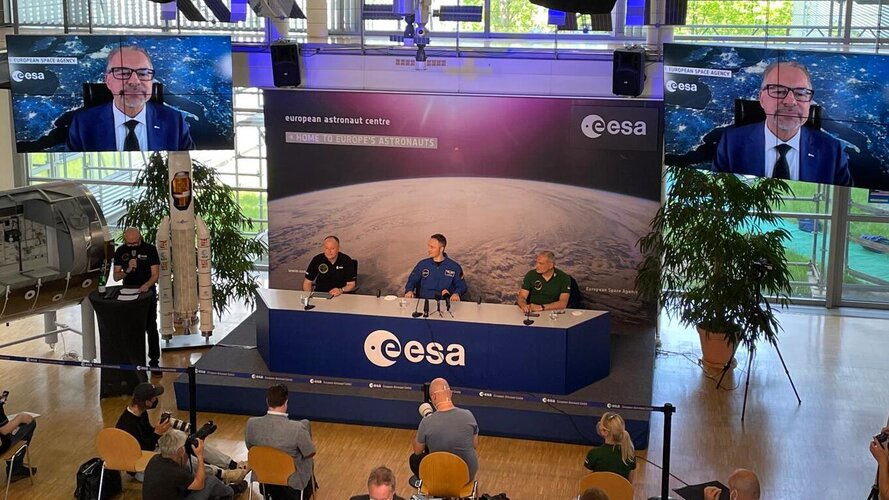 After almost six months of living and working on board the International Space Station, Matthias Maurer is back on Earth - and gives his first news conference in Europe.

Watch the replay of this live Q&A (mostly in German language) between Matthias and the press, taking place at the ESA’s European Astronaut Centre (EAC) in Cologne, Germany.

Despite successes in reducing poverty globally in the last two decades, almost one billion people are still living without access to reliable and affordable electricity, which in turn negatively affects health and welfare, and impedes sustainable development. Knowing where these people are is crucial if aid and infrastructure are to reach them. A new IIASA-led study proposes a novel method to es
Published in News
Tagged under
Read more...
Wednesday, 11 May 2022 08:36

A cutting-edge new tool developed by Minderoo Foundation has identified thousands of waste sites across 25 countries for the first time using advanced satellite data technology and machine learning to measure piles of plastic waste from space. Global Plastic Watch (globalplasticwatch.org) is a tool which combines earth observation with artificial intelligence to create the first-ever near-
Published in News
Tagged under
Read more...
Wednesday, 11 May 2022 08:36

Modern machine-learning models, such as neural networks, are often referred to as "black boxes" because they are so complex that even the researchers who design them can't fully understand how they make predictions. To provide some insights, researchers use explanation methods that seek to describe individual model decisions. For example, they may highlight words in a movie review that inf
Published in News
Tagged under
Read more...
Page 7 of 1186