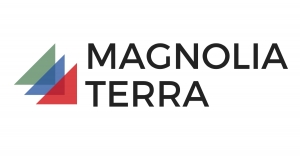 Magnolia Terra LLC, Moscow, Russia, is a privately-owned company with a mission to provide cost effective quality Remote Sensing Imagery services and to contribute to the development of new technologies. The main goal of development of a wide range of Magnolia-family software products (Magnolia rsLab, Magnolia iMATH, Magnolia psDraw) is to provide solutions for virtually every stage of the satellite data acquisition and satellite data analysis processes.

A resident of the Skolkovo Innovation Centre, the Space Technology and Telecommunications Cluster. Reg. no. 1120388.

Mars Express is a space exploration mission being conducted by the European Space Agency (ESA). The Mars Express mission is exploring the planet Mars, and is the first planetary mission attempted by the agency. "Express" originally referred to the speed and efficiency with which the spacecraft was designed and built.However "Express" also describes the spacecraft's relatively short interplanetary voyage, a result of being launched when the orbits of Earth and Mars brought them closer than they had been in about 60,000 years.

Mars Express consists of two parts, the Mars Express Orbiter and the Beagle 2, a lander designed to perform exobiology and geochemistry research. Although the lander failed to land safely on the Martian surface, the Orbiter has been successfully performing scientific measurements since early 2004, namely, high-resolution imaging and mineralogical mapping of the surface, radar sounding of the subsurface structure down to the permafrost, precise determination of the atmospheric circulation and composition, and study of the interaction of the atmosphere with the interplanetary medium.

Due to the valuable science return and the highly flexible mission profile, Mars Express has been granted five mission extensions, the latest until 2014.

Some of the instruments on the orbiter, including the camera systems and some spectrometers, reuse designs from the failed launch of the Russian Mars 96 mission in 1996 (European countries had provided much of the instrumentation and financing for that unsuccessful mission). The basic design of Mars Express is based on ESA's Rosetta mission, on which a considerable sum was spent on development. The same design was also used for the Venus Express mission in order to increase reliability and reduce development cost and time.