Challenging Minisatellite Payload (CHAMP) was a German satellite launched July 15, 2000 from Plesetsk, Russia, and was used for atmospheric and ionospheric research, as well as other geoscientific applications, such as GPS radio occultation.

CHAMP was managed by GeoForschungsZentrum (GFZ), Potsdam, Germany. The spacecraft was the first application of Astrium's "Flexbus" platform, and it was a cooperative project between Germany and NASA. NASA providing a GPS Blackjack Flight receiver built by the Jet Propulsion Laboratory (JPL). 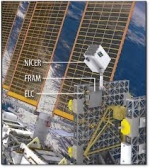 The Neutron star Interior Composition ExploreR (NICER) is a future NASA Explorer program mission dedicated to the study of the extraordinary gravitational, electromagnetic, and nuclear physics environments embodied by neutron stars. It will explore the exotic states of matter where density and pressure are higher than in atomic nuclei.

NICER will enable rotation-resolved spectroscopy of the thermal and non-thermal emissions of neutron stars in the soft (0.2–12 keV) X-ray band with unprecedented sensitivity, probing interior structure, the origins of dynamic phenomena, and the mechanisms that underlies the most powerful cosmic particle accelerators known.

NICER will achieve these goals by deploying, following launch in December 2016, an X-ray timing and spectroscopy instrument as an attached payload aboard the International Space Station (ISS).

The National Center for Atmospheric Research (NCAR) is a North American federally funded research and development center devoted to service, research and education in the atmospheric and related sciences.

NCAR's mission is to understand the behavior of the atmosphere and related physical, biological and social systems; to support, enhance and extend the capabilities of the university community and the broader scientific community – nationally and internationally; and to foster transfer of knowledge and technology for the betterment of life on Earth.

The National Science Foundation is NCAR's primary sponsor, with significant additional support provided by other U.S. government agencies, other national governments and the private sector.

ICFO – The Institute of Photonic Sciences is a research centre devoted to the science and technology of light. Located in Barcelona, Spain, ICFO was created in 2002 by the Government of Catalonia and the Technical University of Catalonia.

The Institute carries out frontier research and trains the next generation of scientists and technologists. ICFO actively collaborates with many leading research centers, universities, hospitals, and a range of private companies based locally and all over the world. ICFO currently hosts 20 research groups working in more than 50 different laboratories. Available to them are a Nanophotonics Fabrication lab, Super-Resolution Light Microscopy & Nanoscopy Lab, an Advanced Engineering Lab and a range of other support facilities. All research groups and facilities are located in a dedicated 10.000 m2 -building situated in the Mediterranean Technology Park in the metropolitan area of Barcelona.

In Nov 2013, ICFO counts about 200 researchers, a number that is continuously growing. By 2014, when ICFO completes its ongoing expansion phase, the Institute is to count more than 300 researchers working in 25 different research groups. 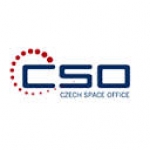 The Czech Space Office (CSO) is the central contact point for the coordination of pure space science related activities in the Czech Republic.

It fulfils tasks of the national information and advisory centre for the academia on opportunities to enter the international space scene and on space activities in the Czech Republic. It is a non-profit association created in November 2003. The bodies of the association are the Management Board, the Supervisory Board and the Managing Director.

The project is led by the Massachusetts Institute of Technology with seed funding from Google. In 2013 NASA announced that TESS had been selected for launch in 2017. TESS will be located on an High Earth orbit.

Once launched, the telescope would conduct a two-year all-sky survey program for exploring transiting exoplanets around nearby and bright stars. TESS would be equipped with four wide-angle telescopes and charge-coupled device (CCD) detectors, with a total size of 67 megapixels. Science data, which are pixel subarrays around each of up to 10,000 target stars per field, are transmitted to Earth every two weeks for further analysis. Full-frame images with an effective exposure time of two hours are transmitted to the ground as well, enabling astrophysicists to search the data for an unexpected, transient phenomenon, such as the optical counterpart to a gamma-ray burst.

Sentinel is a multi-satellite project to be launched from 2014, being developed by ESA under the Global Monitoring for Environment and Security (GMES) program, renamed as Copernicus program. The Sentinel missions include satellites radar and super-spectral imaging for land, ocean and atmospheric monitoring.

The Sentinel satellite familiy is designed to replace the ENVISAT mission.

The Sentinel missions will have the following objectives: 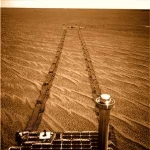 It began in 2003 with the sending of the two rovers—MER-A Spirit and MER-B Opportunity—to explore the Martian surface and geology.The mission's scientific objective was to search for and characterize a wide range of rocks and soils that hold clues to past water activity on Mars. The mission is part of NASA's Mars Exploration Program, which includes three previous successful landers: the two Viking program landers in 1976 and Mars Pathfinder probe in 1997.

In July 2007, during the fourth mission extension, Martian dust storms blocked sunlight to the rovers and threatened the ability of the craft to gather energy through their solar panels, causing engineers to fear that one or both of them might be permanently disabled. However, the dust storms lifted, allowing them to resume operations.

On May 1, 2009, during its fifth mission extension, Spirit became stuck in soft soil on Mars.[5] After nearly nine months of attempts to get the rover back on track, including using test rovers on Earth, NASA announced on January 26, 2010 that Spirit was being retasked as a stationary science platform. This mode would enable Spirit to assist scientists in ways that a mobile platform could not, such as detecting "wobbles" in the planet's rotation that would indicate a liquid core.[6] Jet Propulsion Laboratory (JPL) lost contact with Spirit after last hearing from the rover on March 22, 2010 and continued attempts to regain communications lasted until May 25, 2011, bringing the elapsed mission time to 6 years 2 months 19 days, or over 25 times the original planned mission duration.

In recognition of the vast amount of scientific information amassed by both rovers, two asteroids have been named in their honor: 37452 Spirit and 39382 Opportunity. The mission is managed for NASA by the Jet Propulsion Laboratory, which designed, built, and is operating the rovers.

It was one of two rovers of NASA's ongoing Mars Exploration Rover Mission. It landed successfully on Mars at 04:35 Ground UTC on January 4, 2004, three weeks before its twin, Opportunity (MER-B), landed on the other side of the planet. Its name was chosen through a NASA-sponsored student essay competition. The rover became stuck in late 2009, and its last communication with Earth was sent on March 22, 2010.

The rover completed its planned 90-sol mission. Aided by cleaning events that resulted in higher power from its solar panels, Spirit went on to function effectively over twenty times longer than NASA planners expected. Spirit also logged 7.73 km (4.8 mi) of driving instead of the planned 600 m (0.4 mi), allowing more extensive geological analysis of Martian rocks and planetary surface features. Initial scientific results from the first phase of the mission (the 90-sol prime mission) were published in a special issue of the journal Science. 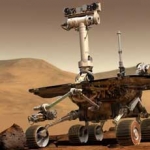 Opportunity, MER-B (Mars Exploration Rover – B), is a robotic rover active on the planet Mars since 2004.

Launched on July 7, 2003, Opportunity landed on Mars' Meridiani Planum on January 25, 2004, three weeks after its twin Spirit (MER-A), also part of NASA's Mars Exploration Rover Mission, touched down on the other side of the planet. While Spirit became immobile in 2009 and ceased communications in 2010, Opportunity remains active as of 2013, having already exceeded its planned 90 sol (Martian days) duration of activity by 9 years, 215 days (in Earth time). Opportunity has continued to move, gather scientific observations, and report back to Earth for over 38 times its designed lifespan.

Mission highlights include the initial 90 sol mission, finding extramartian meteorites such as Meridiani Planum, and over two years studying Victoria crater. It survived dust-storms and reached Endeavour crater in 2011, which has been described as a "second landing site".

The Jet Propulsion Laboratory (JPL), a division of the California Institute of Technology in Pasadena, California, manages the Mars Exploration Rover project for NASA's Science Mission Directorate in Washington, D.C..