Arianespace to orbit on a Vega C launcher the CO3D constellation, jointly developed by CNES and Airbus

Arianespace has signed a contract with Airbus to launch four new-generation optical observation satellites of the CO3D (Composante Optique 3D) constellation, to be orbited using the Vega C launcher.

Weighing approximately 300 kg. each, these satellites will be launched together as co-passengers on a single flight and deployed into polar orbit at an altitude of 500 km. The mission is scheduled for 2023 from the Guiana Space Center, Europe's Spaceport in French Guiana, using a Vega C launch vehicle.

The CO3D constellation comprises four identical satellites, built on a highly innovative all-electric platform developed by Airbus. As a result of the CNES and Airbus partnership, CO3D will deliver stereoscopic images of the Earth at a resolution of 50 cm, with a high revisit rate. This data will be fed into an Airbus digital processing system, which will integrate advanced algorithms from CNES to quickly produce ultra-precise 3D maps of our planet's surface.

Following the signature of this contract, Stephane Israel said: "With several months to go before the first Vega C launch, this new-generation European light-lift launcher has reaffirmed its ability to meet users' innovative needs in low orbit, especially with the ability to carry multiple payloads - benefitting from the improved performance. For Arianespace, this is a further sign of the renewed confidence in the Vega system by our long-time partners of Airbus and CNES."

Vega is the new-generation, highly versatile member of Arianespace's launcher family, alongside the heavy-lift Ariane 5 and medium-lift Soyuz, deployed from the Guiana Space Center. Vega is a European Space Agency (ESA) program, with Colleferro, Italy-based Avio as the industrial prime contractor.

With Vega C, Arianespace will offer increased performance and volume under the payload fairing for its passengers. The inaugural launch of Vega C is scheduled for 2021. 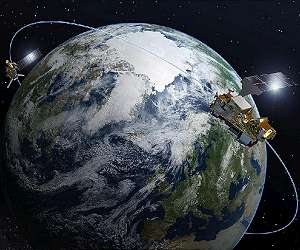 EUMETSAT confirms the choice of Arianespace's European launchers for its future missions
Paris, France (SPX) Dec 03, 2020
EUMETSAT has joined the signatories of the "joint statement on the institutional exploitation of Ariane 6 and Vega C" in favor of a European preference for launchers on institutional missions in Europe, initiated by the European Space Agency (ESA) in October 2018. In this framework, Arianespace and EUMETSAT will consolidate the launch planning for Meteosat Third Generation (MTG) and Metop-SG satellites, which already are in Arianespace's launch orderbook, as well as their successors - paving the w ... read more