NASA is working towards sending humans to Mars by 2030. If all goes according to plan, the flight crew's return trip to the red planet will take about two-and-half years. That's a long time to spend, uninterrupted, with co-workers. Now, imagine if the astronauts don't get along with each other? To help ensure that doesn't happen, a new study led by Western University tested team dynamics o

NASA is working towards sending humans to Mars by 2030. If all goes according to plan, the flight crew's return trip to the red planet will take about two-and-half years. That's a long time to spend, uninterrupted, with co-workers. Now, imagine if the astronauts don't get along with each other?

To help ensure that doesn't happen, a new study led by Western University tested team dynamics of five astronauts during an analog Mars mission staged by the Austrian Space Forum in 2018 in Oman, a country that shares borders with Yemen, United Arab Emirates and Saudi Arabia.

The study found that 'conscientiousness' is a key requirement for a crew to achieve its extraterrestrial tasks, outdistancing other potential traits like 'honesty,' 'humility,' 'emotionality,' 'extraversion,' 'openness' and 'agreeableness.'

"Conscientiousness, an individual personality trait, can be thought of as a pooled team-resource," said Julia McMenamin, a Western psychology PhD candidate and first author of the paper published by Astrobiology. "The more conscientiousness a team is, the better they will likely be at accomplishing tasks."

On the other end of scale, counterproductive behaviours like 'social loafing' - the tendency for people to exert less effort when working as part of a team than they do when working alone - will likely mean a no-go for launch for potential astronauts heading to Mars.

Counterproductive or negative behaviours that commonly cause trouble in teams should be non-negotiables for long duration spaceflight, and great efforts must be made to make them less likely to occur, says McMenamin.

Strategies to reduce counterproductive behaviours include careful selection of crew members, detailed planning and work processes, and an emphasis on effective communication between team members - factors that should be incorporated into all teamwork experiences.

Before, during and after the four-week AMADEE-18 analog space mission, which simulated a Mars environment featuring isolated and extreme conditions, the analog astronauts completed surveys assessing team conflict, team performance and stress levels. The final survey asked the analog astronauts to rate each of their teammates, and themselves, on citizenship behaviour, in-role behaviour, counterproductive work behaviour and social loafing.

"Anyone who has worked on a team knows conflict amongst team members can harm team performance and make for a negative experience. When people argue about how to get things done, or get into personal disagreements, there is less time and energy left for completing tasks," said McMenamin.

"What's interesting is that there are different types of conflict, and so long as interpersonal issues and arguments about how to go about accomplishing tasks are avoided, differences in views and opinions might actually improve team performance likely because this allows for the team to benefit from each member's knowledge and perspective."

The study also showed the crew of AMADEE-18 analog space mission worked very well together but McMenamin says the results were not surprising as the analog astronauts were well-prepared, had the support of a field crew and mission control team, and were familiar with one another heading into the mission, major determinants of team success here on Earth too.

"How familiar team members are with one another has been shown to help teams work better together likely because it provides team members with knowledge about each other and helps them communicate better and more efficiently," said McMenamin.

Since the AMADEE-18 analog mission spanned just a few weeks, McMenamin says it's uncertain how team dynamics and performance would have changed over a longer time period.

"Major issues caused by psychological distress and interpersonal problems don't tend to show up until months or even years spent in an isolated, confined, and extreme environment, which highlights the need for longer-duration simulations," said McMenamin.

Moving forward, McMenamin would also like to see teamwork studies focused on the mission control environment, an interest fueled by her participation in CanMoon Mission, a lunar sample return analogue joint mission between Western, the University of Winnipeg and the Canadian Space Agency. 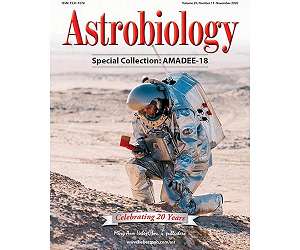 Preparing for a human mission to Mars
New Rochelle, NY (SPX) Nov 16, 2020
Future human missions to Mars depend on field research in an environment similar to that of Mars. It will enable the evaluation of operational concepts and optimization of strategies. The goals and results of the AMADEE-18 Mars analog mission are detailed in a special collection of articles in the peer-reviewed journal Astrobiology. Click here to read the articles now. The AMADEE-18 expedition was designed in preparation for future human missions to the Mars surface. The mission took place in the ... read more