The vision, which was captured by the ship's livestream camera, shows the extremely bright meteor crossing the sky in front of the ship and then breaking up over the ocean. The meteor, which was bright green, was spotted by the bridge crew and reported to the science staff on board. They were amazed to find that the meteor had been captured perfectly by the ship's livestream camera,

The vision, which was captured by the ship's livestream camera, shows the extremely bright meteor crossing the sky in front of the ship and then breaking up over the ocean.

The meteor, which was bright green, was spotted by the bridge crew and reported to the science staff on board.

They were amazed to find that the meteor had been captured perfectly by the ship's livestream camera, which beams live vision from the ship 24/7.

CSIRO Voyage Manager on board RV Investigator John Hooper said it was a stroke of luck to capture this footage.

"What we saw on reviewing the livestream footage astounded us, the size and brightness of the meteor was incredible," Mr Hooper said.

"The meteor crosses the sky directly in front of the ship and then breaks up - it was amazing to watch the footage and we were very fortunate that we captured it all on the ship livestream."

Glen Nagle from CSIRO Astronomy and Space Science said capturing footage like this is both exciting to watch and acts as a reminder that space is far from empty.

"Most of it goes unseen as it occurs over an unpopulated area like the southern ocean.

"When a meteor enters the Earth's atmosphere at high-speed, it is the friction of rock with the atmosphere that makes them burn, as their kinetic energy is converted to other forms like heat, light and sound.

"Many meteors were once asteroids, travelling through space on their own trajectory.

"This changes as they pass close to Earth, where they can be affected by its gravitational pull.

"As they enter our atmosphere, they become meteors - and their entry can be visually spectacular."

At the time the vision was captured, RV Investigator was in the Tasman Sea about 100km south off the Tasmanian coast.

The ship is in the area to undertake seafloor mapping of the Huon Marine Park for Parks Australia, conduct oceanographic studies and run sea trials for a variety of marine equipment.

The meteor was filmed by RV Investigator on Wednesday 18 November at 10:21 UTC which is 9:21 PM AEDT (local time in Hobart, Tasmania).

This morning, local Hobart media was flooded with reports of sightings but at this stage no other photos or vision are believed to have been captured.

"Cameras are everywhere, in our pockets and around our cities, but they have to be pointed in the right place at the right time - RV Investigator was in that place and time," Mr Nagle said.

The livestream camera on RV Investigator streams vision from the ship 24-hours a day and can be found on the MNF website: mnf.csiro.au

RV Investigator is part of the Marine National Facility, a dedicated marine research capability funded by the Australian Government and owned and operated by CSIRO on behalf of the nation. 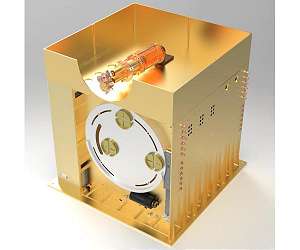