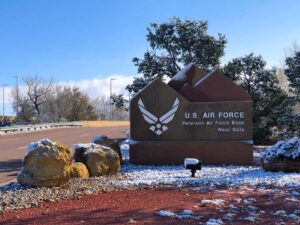 WASHINGTON — The Department of the Air Force announced Nov. 19 it has selected six military bases as candidate locations for U.S. Space Command headquarters.

The announcement follows an Air Force decision on May 15 to launch an open bidding process to select the permanent location of U.S. Space Command headquarters.

The Air Force said it expects to select a location in early 2021 but it will take up to six years to build new facilities. During that time U.S. Space Command will remain at its provisional headquarters at Peterson Air Force Base in Colorado.

U.S. Space Command was established in August 2019 as the military’s 11th unified combatant command. The future headquarters will have approximately 1,400 military and civilian personnel working there.

Following media leaks of the 2019 list, politicians from Florida, Texas and other states claimed the process was unfair and demanded that their states be considered.