A new doorway to space

Anyone who has gotten a sofa stuck in a doorway on moving day knows how frustrating it is when there's no other way in or out. The doorways on the International Space Station, or airlocks, have worked just fine for 20 years. But as more researchers and companies wish to expand the scope and size of the projects they send into low-Earth orbit, a larger doorway could help. Opening another po

Anyone who has gotten a sofa stuck in a doorway on moving day knows how frustrating it is when there's no other way in or out. The doorways on the International Space Station, or airlocks, have worked just fine for 20 years. But as more researchers and companies wish to expand the scope and size of the projects they send into low-Earth orbit, a larger doorway could help.

Opening another portal to receive more shipments and deploy more satellites and experiments is the challenge a private company took up - Nanoracks LLC, headquartered in Webster, Texas. With support from NASA, the company built a new and different kind of doorway into space.

The Nanoracks Bishop Airlock Module will serve as another door to space, helping to move larger payloads inside and outside the station. This will alleviate one bottleneck slowing down the deployment of new small satellites and CubeSats from the space station. Bishop will also significantly increase the amount of research that can be done in low-Earth orbit - research that helps us better understand the space environment but also has implications for Earth imaging, medical research, and biomanufacturing.

The new airlock arrives aboard the SpaceX Dragon on the company's 21st commercial resupply services mission for NASA. It's the first commercial airlock added to the space station and will be attached to the port on U.S. Node 3, also called Tranquility.

The arrangement is part of NASA's strategy to provide more opportunities for U.S. industry with a goal to achieve a sustainable economy in low-Earth orbit from which NASA can be one of many customers. That allows NASA to focus government resources on deep space exploration through the Artemis program and landing the first woman and next man on the surface of the Moon.

In this case, under a Space Act Agreement, Nanoracks provided the initial investment and the physical structure. NASA will provide power and space-to-ground communication, as well as astronauts to handle cargo and run experiments. Once operational, the new door will mean more access for NASA and everyone else - private companies, academic institutions, public agencies, even citizens.

A Public-Private Partnership
After successfully passing systems test and installation, Bishop will provide five times the capacity of the station's only other operational airlock being used to send things outside the space station, which is provided by the Japan Aerospace Exploration Agency, or JAXA, as part of its participation in and support of the International Space Station.

"That's more volume than can be either brought inside or taken outside right now," said Mike Read, manager of the space station business and economic development office at NASA's Johnson Space Center in Houston. In his role supporting NASA's public-private relationships on the station, Read affirmed the agency's allocation of the port to the new airlock will serve public and private customers alike.

The bell jar-shaped airlock also contains multiple rows of standardized tracks for mounting automated modules and other components for housing experiments, as well as electrical and data connections to run and monitor them. There are also six external mounting locations and a WiFi antenna to transmit data.

Bishop is designed to support a variety of configurations that will support any combination of satellites and experiments. Each time it's opened to space, the airlock can deploy multiple satellites, while passive experiments can run simultaneously. The robotic arm can be used to extract and launch satellites or mount external experiments. It can also move the airlock to a new position. Different sides of the station, for example, experience different exposure to elements like sunlight or atomic oxygen, enabling a wide range of research possibilities. This flexibility makes it possible to alternate between Earth-observation and astronomical study.

NASA became an early adopter by pre-purchasing multiple uses of the airlock and is starting with a mundane but recurring need - garbage. Currently, after resupply spacecraft are unloaded, astronauts pack them full of as much trash as possible. The craft and its contents are then allowed to fall into Earth's atmosphere, where most of it burns up. But the new door could provide an additional alternative to remove large items. "We're going to do some technology demonstrations with trash disposal" to see how it works, Read explained.

A spacewalk problem could also be solved by outfitting the airlock with a high-tech toolbox. Right now, astronauts need to carry with them all the tools they might need during any extravehicular activity (EVA) as they exit the station. If a different tool is required, they must go back inside - an arduous and time-consuming process. Instead, astronauts could pre-load additional instruments into a toolbox that's mounted externally for the duration of the EVA on the Bishop Airlock, making spacewalks more efficient.

Using Microgravity
NASA isn't the only entity that will benefit from the new airlock. The CubeSat industry is rapidly expanding, from the number of units being deployed to what the little satellites can do. Currently, that expansion is limited by the availability of the single JAXA airlock used for deployments. It quickly became clear that as more companies joined the space economy, "there was going to be congestion" that would lead to launch delays, said Mike Lewis, chief innovation officer with Nanoracks.

With the new door, Nanoracks aims to keep the pipeline flowing, even as volume ramps up.

One major application for the CubeSats that have been launched from the space station over the past decade is Earth imaging. This is already used to help farmers monitor fields for better crop management, improve weather forecasts, and more. The new airlock will facilitate additional deployments that could enable higher-resolution images and expanded opportunities for Earth observation.

The airlock will also increase space for experimental testing in microgravity, which offers advantages for work such as growing living tissues, a long-term goal of the scientific community. This is what's known as biomanufacturing. Previous medical research in microgravity has resulted in improved osteoporosis treatment to help both astronauts and people on Earth mitigate bone loss.

But the future potential is limitless
"Everything that commercial players are doing to show new people that they can actually use microgravity to their benefit is incredibly important," said Read, adding that the business these companies do will eventually alleviate taxpayers of some of the cost of maintaining the station.

Nanoracks already has an agreement with NASA and ESA (the European Space Agency), which will use the Bishop Airlock to move cargo. Private customers include Gitai, a robotics company that will use the airlock to test robot systems designed to perform work inside and outside the space station.

Customers expressing interest in using the airlock include commercial space companies, consumer goods manufacturers, and educational organizations. Some have products, services, or research that have already benefited from access to the National Lab and the scientific equipment the company already has onboard - three NanoLab research platforms, a microscope, a centrifuge, and two plate readers, in addition to an exterior-mounted testing platform.

"We're embarking on more and more public-private partnerships with NASA, building up the ecosystem in low-Earth orbit," said Nanoracks CEO Jeffrey Manber. "Not only is that important for research opportunities, but it also paves the way for innovations."

NASA has a long history of transferring technology to the private sector. The agency's Spinoff publication profiles NASA technologies that have transformed into commercial products and services, demonstrating the broader benefits of America's investment in its space program. Spinoff is a publication of the Technology Transfer program in NASA's Space Technology Mission Directorate.

For more information on how NASA brings space technology down to Earth, visit NASA Spinoff 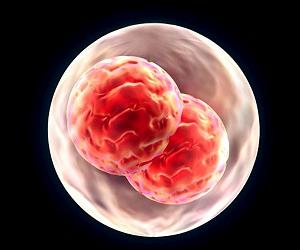 Dartmouth to conduct ISS research with NSF grant
Hanover NH (SPX) Nov 12, 2020
Dartmouth Engineering Professor Zi Chen has received a $400,000 grant from the National Science Foundation (NSF), in partnership with the Center for the Advancement of Science in Space (CASIS), to lead a three-year research project on the International Space Station (ISS). Chen's proposal was one of just three selected from institutions across the country as part of the NSF/CASIS solicitation to further knowledge of tissue engineering and mechanobiology utilizing the ISS. With the funding fo ... read more