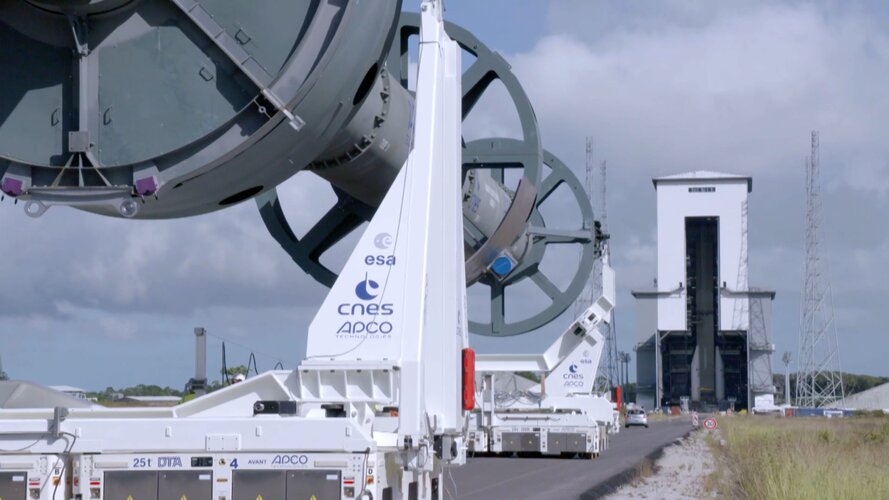 Video: 00:04:46 Watch the preparation, transfer and integration of a mockup Ariane 6 core stage with mockup strap-on boosters on the launch table at Europe’s Spaceport.

Activities for the finalisation of the Ariane 6 launch base are progressing at Europe’s Spaceport. This includes testing the ground equipment and practising the manoeuvres involved in a launch campaign.

The precise final positioning of the central core mockup onto its supports on the launch table was followed by the first of a series of early combined tests foreseen at the Spaceport.

This test campaign was carried out to validate the procedures of mechanical assembly of the Ariane 6 central core with its two P120C strap-on boosters. The mockups used were representative in terms of dimensions, interface design and mass.

France’s space agency (CNES) and ArianeGroup teams jointly performed these tests under the responsibility of ESA from 22 October to 5 November 2020. Carrying out these manoeuvres made it possible to validate the process in nominal and degraded configurations and to readjust the models. The various test objectives were all achieved.