Ariel moves from blueprint to reality 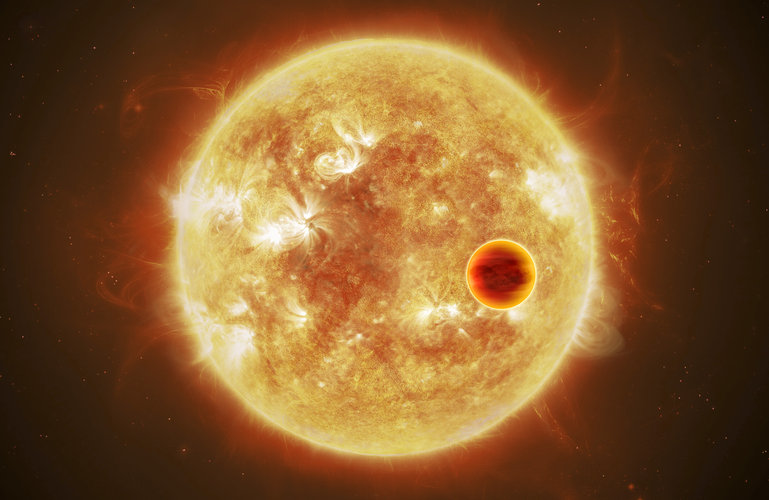 ESA’s exoplanet mission Ariel, scheduled for launch in 2029, has moved from study to implementation phase, following which an industrial contractor will be selected to build the spacecraft.

Ariel will be ESA’s third dedicated exoplanet mission to launch within a ten-year period, with each mission tackling a unique aspect of exoplanet science. Cheops, the CHaracterising ExOPlanet Satellite, launched in December 2019, is already producing world-class science. Plato, the PLAnetary Transits and Oscillations of stars mission, will be launched in the 2026 timeframe to find and study extrasolar planetary systems, with a special emphasis on rocky planets around Sun-like stars in the habitable zone – the distance from a star where liquid water can exist on a planet’s surface. Ariel, planned to launch in 2029, will focus on warm and hot planets, ranging from super-Earths to gas giants orbiting close to their parent stars, taking advantage of their well-mixed atmospheres to decipher their bulk composition.

In the coming months, industry will be asked to make bids to supply spacecraft hardware for Ariel. Around summer next year, the prime industrial contractor will be selected to build it.

The mission’s payload module, which includes a one metre-class cryogenic telescope and associated science instruments, is provided by the Ariel Mission Consortium. The consortium comprises more than 50 institutes from 17 European countries. NASA also contributes to the payload.

“After an intensive period working on the preliminary design concepts and on the consolidation of the required technologies to demonstrate the mission feasibility, we are ready to move Ariel forward to the implementation stage,” says ESA’s Ariel study manager Ludovic Puig.