Aerojet Rocketdyne's new large solid rocket motor manufacturing facility is officially open for operations, highlighting the company's significant investments in the modernization and innovation of its solid rocket motor production capabilities, and continuing the company's expansion in southern Arkansas. "The Engineering, Manufacturing and Development facility is the newest, state-of-the-

"Thanks in large part to Governor Asa Hutchinson and our partners in the great state of Arkansas, Camden is poised to become a major center of large solid rocket motor production."

The ability to produce large solid rocket motors at the Engineering, Manufacturing Development (EMD) facility positions the company to deliver on some of the nation's most important next generation national security programs, including strategic deterrence, hypersonics and missile defense. Aerojet Rocketdyne was recently selected by Northrop Grumman to provide a large solid rocket motor system and a post-boost propulsion system as part of its nationwide GBSD team.

"The aerospace and defense industry has a significant impact on Arkansas' economy, and Aerojet Rocketdyne has been a vital part of that success for many years," Governor Asa Hutchinson said.

"The company has demonstrated unwavering dedication to both the workforce and community in Calhoun County, and I am delighted to see our partnership continue as the company expands operations in Camden. It is my pleasure to welcome Eileen Drake back to Arkansas to officially open the company's new large solid rocket motor manufacturing facility."

"This facility represents the next step in that evolution, and our state is proud to partner with Aerojet Rocketdyne so that its operations in Camden are equipped to meet the company's needs for a business-friendly environment and skilled workforce capable of helping ensure the readiness, effectiveness and safety of our troops. Arkansas' rich military history and tradition is only further enhanced with this expansion, and we're excited for what's to come."

Representative Bruce Westerman said, "Aerojet Rocketdyne's investment in Camden is solidifying the area as a major player in the defense industry, not to mention bringing dozens more jobs to the community. I'm glad to support their work in the Fourth District and look forward to seeing this new rocket motor facility begin operating."

Construction of the 17,000 square-foot EMD facility began last spring as part of Aerojet Rocketdyne's ongoing expansion in Camden, where the company has long had a presence and currently produces more than 75,000 solid rocket motors per year. It was made possible with support from the Arkansas Economic Development Commission, Calhoun County and the Ouachita Partnership for Economic Development (OPED).

"We are proud to partner with Aerojet Rocketdyne as the company continues to grow in Camden and invest in technology that plays an integral role in our nation's security efforts," Arkansas Secretary of Commerce Mike Preston said. "Not only does Aerojet Rocketdyne serve as an international leader in the aerospace and defense industry, but it also serves as a leader in the South Arkansas community. This announcement is great news for the state."

Executive Director for OPED James Lee Silliman said, "Ouachita Partnership for Economic Development is proud to have been a partner in Aerojet Rocketdyne's EMD facility project by providing both job creation and workforce training incentives for this milestone expansion for the Camden operations.

It required coordination and teamwork with Aerojet Rocketdyne, Governor Hutchinson's office, AEDC and Calhoun County to make this project possible. South Arkansas will reap dividends for years to come due to this investment."

Aerojet Rocketdyne's growth in Camden was driven by a company-wide consolidation and modernization initiative that began in 2015. Aimed at reducing costs and increasing operational efficiency, the company has demonstrated the ability to successfully transfer programs and proficiencies to other sites.

Now substantially complete, Aerojet Rocketdyne surpassed its goal of reducing costs across the enterprise by $230 million annually. The company is now well-positioned to deliver innovative, affordable solutions for some of the nation's most challenging national security requirements. 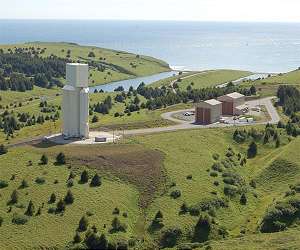 AgniKul Cosmos partners with Alaska Aerospace to launch from the Pacific Spaceport Complex
Kodiak Island AK (SPX) Sep 30, 2020
Alaska Aerospace Corporation and India-based AgniKul Cosmos are pleased to announce they have signed a memorandum of agreement to test launch the Agnibaan launch vehicle from the Pacific Spaceport Complex - Alaska (PSCA) on Kodiak Island in the United States. Under the agreement, Alaska Aerospace and Agnikul will work together to secure regulatory approvals such as US Federal Aviation Administration (FAA) launch licensing, US export control, and will comply with export laws and regulations in Indi ... read more