Astrobotic's Peregrine Mission One program has successfully passed structural qualification testing, marking a major development milestone toward its maiden voyage and lunar landing in 2021. These tests qualify the integrity of the Peregrine lander's structure and its ability to survive launch while carrying payloads from 16 customers. The test campaign was completed using the Peregrine St

Astrobotic's Peregrine Mission One program has successfully passed structural qualification testing, marking a major development milestone toward its maiden voyage and lunar landing in 2021. These tests qualify the integrity of the Peregrine lander's structure and its ability to survive launch while carrying payloads from 16 customers.

The test campaign was completed using the Peregrine Structural Test Model (STM), a one-to-one scale representation of Peregrine that was assembled at Astrobotic's new lunar logistics headquarters in Pittsburgh. The majority of the STM hardware elements were manufactured by vendors in the local Pittsburgh area. The STM, in launch configuration, underwent structural testing necessary for mission success.

Testing was conducted over two months at the Dayton T. Brown, Inc. commercial test facility in Bohemia, NY. The campaign proved that Peregrine can withstand the flight environment of United Launch Alliance's Vulcan Centaur, the launch vehicle for the mission.

The qualification campaign included static, sine vibration, shock, and vibro-acoustics testing, and was carried out in accordance with NASA standards and process qualifications. Detailed post-test inspections verified the STM met all success criteria, verifying the structural design is ready for the mission to the Moon.

"This is a major step towards verifying the Peregrine design, and I'm really proud that our team was able to meet aggressive schedules while operating under the strict safety protocols required during the pandemic," Sharad Bhaskaran, Mission Director for Peregrine Mission One.

Moving forward, the STM will be used for Peregrine Mission One landing stability testing and future mission configuration studies. Flight structure manufacturing for the mission will begin this fall.

With payloads from 6 countries on board for the first mission, and a recent $199.5 million new contract win from NASA, Astrobotic is expanding operations and growing its team. Career opportunities are available now at the Astrobotic website. The nation's best technical talent is invited to come make history with their team. 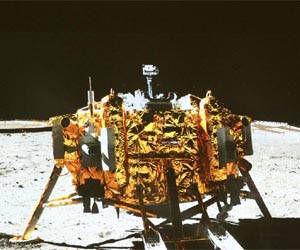 Payloads on China's retired lunar probe still operating
Beijing (XNA) Sep 14, 2020
After more than 2,400 days on the near side of the moon, China's Chang'e-3 lunar mission continues to help scientists unravel the unknown about the Earth's companion in space. As of Sept. 1, the Chang'e-3 lunar mission has been on the moon for 2,453 Earth days, and some of the scientific payloads carried by the lander are still operating, according to the Lunar Exploration and Space Program Center of the China National Space Administration. After analyzing the transmitted data, Chinese resea ... read more