A second spacecraft designed by Northrop Grumman to extend the life of satellites in orbit is headed toward a rescue some 22,200 miles above Earth. The spacecraft is part of Northrop's new in-orbit services. Analysts and observers predict such services will grow into a multibillion-dollar market over the next 10 years. Northrop is the first commercial service to enable private space

A second spacecraft designed by Northrop Grumman to extend the life of satellites in orbit is headed toward a rescue some 22,200 miles above Earth.

The spacecraft is part of Northrop's new in-orbit services. Analysts and observers predict such services will grow into a multibillion-dollar market over the next 10 years.

Northrop is the first commercial service to enable private space companies to extend the life of large, expensive satellites past their life expectancy as designed.

"Satellite operators have few options when a satellite is aging, and they are all expensive," said Joe Anderson, a vice president with Northrop subsidiary SpaceLogistics, based in Dulles, Va.

The launch began a seven-month journey to a rendezvous with a communication satellite, Intelsat 10-02. Sent aloft in 2004, the satellite provides service to customers of for Intelsat Corp., whose administrative center is in McLean, Va.

Once it clamps onto the Intelsat, the MEV will become a new engine for the satellite, which is running low on fuel. The Northrop spacecraft will keep the satellite in the proper orbit and pointed toward Earth, Anderson said.

The first MEV spacecraft, launched in October 2019, is operating successfully as a new, supplemental engine for another Intelsat satellite, Intelsat 901, which was launched in 2001, according to Northrop and Intelsat.

That satellite reached the end of its lifespan and had been moved to the so-called graveyard orbit, which is about 300 miles higher than any functional satellites.

The incentive to rescue such large communications satellites is their high cost - between $150 million and $300 million, Anderson said.

While he declined to reveal the cost of Northrop's MEV units, Anderson said the company intends to sell in-orbit services at a price that is attractive to satellite companies.

Intelsat previously reported in filings with the Securities and Exchange Commission that it would pay about $13 million per year, or $65 million for five years, for MEV-1.

If a company can put off the cost to build and launch a new satellite for five years, it can invest that money in other projects, making the life-extension service a valuable route, Anderson said.

Northrop will own and operate the MEV craft through SpaceLogistics. After the five-year missions for Intelsat, the MEV units can extend their work or move to other missions, Anderson said.

The MEVs are powered by electric engines energized by solar panels to raise their own orbit and control the Intelsat satellites, along with hydrazine chemical propulsion to rendezvous with their target satellites, Anderson said.

The electric thrusters are considered more efficient for such orbital missions, but they take longer to reach high orbit than bigger chemical propulsion engines.

Despite the success of MEV missions, Northrop won't build more similar satellites, but rather develop a new version with more capabilities. It will be known as a Mission Robotic Vehicle, Anderson said.

The MRV would carry several life extension "pods" - small electric engines that can be dispersed among multiple satellites per mission, Anderson said. Northrop believes that will boost the cost efficiency of each mission.

Such expanded robotic spacecraft could be valuable to Intelsat, as well, said Jean-Luc Froeliger, vice president of its space systems engineering operations.

"We are definitely interested in the robotic vehicle under development, although nothing is signed yet," Froeliger said. "We're making revenue from the MEV life extension already, but in the long term, MEV doesn't make sense financially."

The robotic version, MRV, should be more fiscally attractive if it can extend the life of multiple Intelsat satellites for each launch, he said.

"We got the rebate of being the first customer to help get the program started," Froeliger said. "I don't think, long term, it makes good financial business for Northrop or for us to make more MEVs. If it was, we'd have signed up for 10 more."

Extending the life of multiple satellites with one MRV could address Intelsat's aging fleet of 51 operational satellites more efficiently, Froeliger added. That's because it will carry multiple engines - or pods - that can be dispersed and attached to multiple Intelsat satellites per mission, not just one.

"Life extension of our satellites is just one more tool in our toolbox to handle our fleet," he said.

Such life extension missions haven't been available in the private sector before, said Dallas Kasaboski, an analyst with Northern Sky Research in Cambridge, Mass.

"Governments have repaired or repositioned spacecraft in space for decades, but these Northrop missions are the first truly commercial in-orbit missions of their kind," Kasaboski said.

Spacecraft that extend the life of satellites are just one part of an emerging sector in commercial space known as in-orbit services, Kasaboski said.

The commercial market for such in-orbit services should generate about $3.1 billion over the next decade, based on an analysis his firm released in February.

Many other types of in-orbit services are expected in the coming years, he said.

Those services include "relocation, or repair, especially as governments grapple with the problem of space trash and thousands of new satellites being launched," Kasaboski said.

Although growth is likely for all in-orbit services, life extension may remain only a small niche market for years, said Joel Sercel, a technology entrepreneur and founder of Trans Astronautica Corp., a startup based in the Los Angeles area.

"Life extension for satellites might make sense for large communication satellites, an exquisite spy satellite, or a billion-dollar space telescope, but it could be too expensive for smaller satellites," Sercel said. 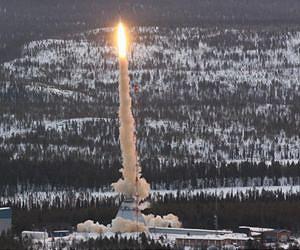 Making Perwave
Paris (ESA) Sep 02, 2020
What looks like an engine made its way to space and back last November. While the hardware of the Perwaves experiment will not end up in your car, results from this research could lead to more efficient and carbon-free fuel in the future. Perwaves, or Percolating Reaction-Diffusion Waves, set metal powder on fire to study how it burns in a chamber. This is done in weightless conditions because the powder clumps under gravity. In weightlessness, the metal powder can be evenly spaced and suspended, ... read more