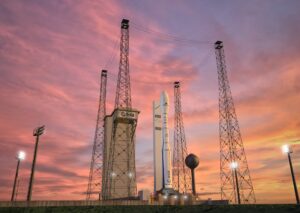 Giulio Ranzo, CEO of Avio, said the company is prioritizing customers of the current Vega rocket that have been waiting since last year for that vehicle to resume operation.

“We had a slowdown which moved everything on the right,” Ranzo said during a Sept. 14 earnings call.

European launch provider Arianespace launched a Vega rocket Sept. 2, ending a 14-month hiatus for the vehicle that started with a launch vehicle failure and was dragged out by the closure of the Guiana Space Centre this spring and persistent poor weather during the summer.

Colleferro, Italy-based Avio originally anticipated seeing three of its Vega rockets launch this year, plus Vega C at the end of the year or in early 2021. Ranzo said Avio now expects just one more Vega launch this year, in November.

Next year Avio plans three Vega launches, plus a “mid-2021” debut of Vega C, he said.

Vega C is an upgraded version of Vega designed to lift 2,200 kilograms to low Earth orbit, an increase of 700 kilograms over the current Vega. Avio’s P120C booster doubles as the first stage of Vega C and the strap-on booster for Ariane 6, Europe’s next-generation heavy lift vehicle ArianeGroup is producing.

Ranzo said Avio had to suspend some Vega C development activities in order to prioritize customer missions. Avio’s supply chain also slowed down due to the coronavirus pandemic and the lack of launches while Vega was grounded, he said.

Avio is winding down production of strap-on solid rocket boosters for the heavy-lift Ariane 5 rocket and ramping up production of the P120C booster for Ariane 6, Ranzo said. ArianeGroup and the European Space Agency don’t expect Ariane 6 to launch until at least the second half of 2021.

Avio reported revenue of 167.9 million euros ($199.2 million) for the first six months of 2020, down 11%. The company said the slow transition from Ariane 5 to Ariane 6 was to blame for the decline, as well as the slowdown in Vega C development.

Prending research and development contracts for European Space Agency projects agreed to at the agency’s 2019 ministerial were responsible for much of a 5% decline in backlog to 632 million euros, the company said. Avio is working to finalize those contracts, Ranzo said, which should result in a backlog between 650 million and 680 million euros by year’s end.

Ranzo said Avio is also nearing completion of a share buyback program that the company may use to finance merger and acquisition activity.

“Some interesting M&A opportunities have emerged,” he said without going into specifics. “We are counting all these opportunities to see if we can take advantage of the time to look at interesting business which would be well combined with us.”