'Ball in Russia's court' on nuclear treaty talks: US

US officials said on Tuesday "the ball is in Russia's court" over the extension of a nuclear disarmament treaty between the two countries but admitted they remained "far apart" on a number of issues. The New START treaty, which limits each side to 1,550 deployed nuclear warheads, is due to run out in February. On Tuesday US and Russian delegations ended two days of talks in the Austrian

US officials said on Tuesday "the ball is in Russia's court" over the extension of a nuclear disarmament treaty between the two countries but admitted they remained "far apart" on a number of issues.

The New START treaty, which limits each side to 1,550 deployed nuclear warheads, is due to run out in February.

On Tuesday US and Russian delegations ended two days of talks in the Austrian capital Vienna as part of ongoing discussions over a replacement for the deal.

"There are some areas of convergence between Russia and the United States but we do remain far apart on a number of key issues," the leader of the US delegation Marshall Billingslea told reporters.

"The ball is now in Russia's court.

"We are willing to contemplate an extension of New START but such an extension will only occur if we can... address significant concerns we have with the Russian build-up of its unconstrained capabilities," Billingslea said, referring to weapons not covered by the current deal.

He also said verification and transparency measures in the deal would have to be improved.

Billingslea reiterated the US position that any future treaty would have to be multilateral with room to include China.

The US has expressed concern at what it calls Beijing's "secretive crash nuclear build-up".

However, China has shown no interest in taking part.

The US and Russia between them still hold more than 90 percent of the world's nuclear weapons, according to the Stockholm International Peace Research Institute.

Russian Deputy Foreign Minister Sergei Ryabkov also attended the talks in Vienna and said after they ended on Tuesday that the two countries' "priorities at this stage differ significantly".

"Russia stands for an extension of the START Treaty, but is not ready to pay any price for that," Ryabkov said, in comments shared by the Russian mission in Vienna.

Billingslea indicated that no dates had been discussed for any further talks.

Some observers fear New START could fall by the wayside like several other international agreements, in line with Trump's "America First" foreign policy. 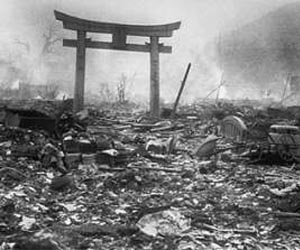 Nagasaki marks 75 years since atomic bombing
Nagasaki, Japan (AFP) Aug 9, 2020
The Japanese city of Nagasaki on Sunday commemorated the 75th anniversary of its destruction by a US atomic bomb, with its mayor and the head of the United Nations warning against a nuclear arms race. Nagasaki was flattened in an atomic inferno three days after Hiroshima - twin nuclear attacks that rang in the nuclear age and gave Japan the bleak distinction of being the only country to be struck by atomic weapons. Survivors, their relatives and a handful of foreign dignitaries attended a remem ... read more