Scientists have found that a physical property called 'quantum negativity' can be used to take more precise measurements of everything from molecular distances to gravitational waves. The researchers, from the University of Cambridge, Harvard and MIT, have shown that quantum particles can carry an unlimited amount of information about things they have interacted with. The results, reported

Scientists have found that a physical property called 'quantum negativity' can be used to take more precise measurements of everything from molecular distances to gravitational waves.

The researchers, from the University of Cambridge, Harvard and MIT, have shown that quantum particles can carry an unlimited amount of information about things they have interacted with. The results, reported in the journal Nature Communications, could enable far more precise measurements and power new technologies, such as super-precise microscopes and quantum computers.

Metrology is the science of estimations and measurements. If you weighed yourself this morning, you've done metrology. In the same way as quantum computing is expected to revolutionise the way complicated calculations are done, quantum metrology, using the strange behaviour of subatomic particles, may revolutionise the way we measure things.

We are used to dealing with probabilities that range from 0% (never happens) to 100% (always happens). To explain results from the quantum world however, the concept of probability needs to be expanded to include a so-called quasi-probability, which can be negative. This quasi-probability allows quantum concepts such as Einstein's 'spooky action at a distance' and wave-particle duality to be explained in an intuitive mathematical language. For example, the probability of an atom being at a certain position and travelling with a specific speed might be a negative number, such as -5%.

An experiment whose explanation requires negative probabilities is said to possess 'quantum negativity.' The scientists have now shown that this quantum negativity can help take more precise measurements.

In theory, the greater number of probing particles there are, the more information will be available to the detection device. But in practice, there is a cap on the rate at which detection devices can analyse particles. The same is true in everyday life: putting on sunglasses can filter out excess light and improve vision. But there is a limit to how much filtering can improve our vision - having sunglasses which are too dark is detrimental.

"We've adapted tools from standard information theory to quasi-probabilities and shown that filtering quantum particles can condense the information of a million particles into one," said lead author Dr David Arvidsson-Shukur from Cambridge's Cavendish Laboratory and Sarah Woodhead Fellow at Girton College. "That means that detection devices can operate at their ideal influx rate while receiving information corresponding to much higher rates. This is forbidden according to normal probability theory, but quantum negativity makes it possible."

An experimental group at the University of Toronto has already started building technology to use these new theoretical results. Their goal is to create a quantum device that uses single-photon laser light to provide incredibly precise measurements of optical components. Such measurements are crucial for creating advanced new technologies, such as photonic quantum computers.

Quantum metrology can improve measurements of things including distances, angles, temperatures and magnetic fields. These more precise measurements can lead to better and faster technologies, but also better resources to probe fundamental physics and improve our understanding of the universe. For example, many technologies rely on the precise alignment of components or the ability to sense small changes in electric or magnetic fields. Higher precision in aligning mirrors can allow for more precise microscopes or telescopes, and better ways of measuring the earth's magnetic field can lead to better navigation tools.

Quantum metrology is currently used to enhance the precision of gravitational wave detection in the Nobel Prize-winning LIGO Hanford Observatory. But for the majority of applications, quantum metrology has been overly expensive and unachievable with current technology. The newly-published results offer a cheaper way of doing quantum metrology.

"Scientists often say that 'there is no such thing as a free lunch', meaning that you cannot gain anything if you are unwilling to pay the computational price," said co-author Aleksander Lasek, a PhD candidate at the Cavendish Laboratory. "However, in quantum metrology this price can be made arbitrarily low. That's highly counterintuitive, and truly amazing!"

"Quantum physics enhances metrology, computation, cryptography, and more; but proving rigorously that it does is difficult. We showed that quantum physics enables us to extract more information from experiments than we could with only classical physics. The key to the proof is a quantum version of probabilities - mathematical objects that resemble probabilities but can assume negative and non-real values."


Related Links
University Of Cambridge
The Physics of Time and Space 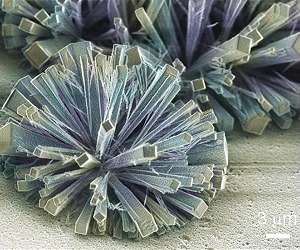 Tabletop quantum experiment could detect gravitational waves
London, UK (SPX) Jul 02, 2020
Predicted by Einstein's general theory of relativity, gravitational waves are ripples in space-time generated by certain movements of massive objects. They are important to study because they allow us to detect events in the universe that would otherwise leave little or no observable light, like black hole collisions. In 2015, the Laser Interferometer Gravitational-Wave Observatory (LIGO) and the Virgo collaborations made the first direct observation of gravitational waves. The waves were emitted ... read more