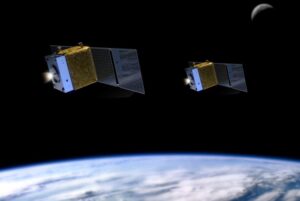 Under the terms of the deal, Vermont-based Benchmark will integrate Tesseract’s intellectual property, assets and staff to further its goal of providing non-toxic chemical propulsion for the global small satellite market.

The partnership with Tesseract will help Benchmark offer a broad range of non-toxic propulsion systems for satellites ranging in size from one-unit cubesats to Spaceflight’s Sherpa-NG, Chris Carella, Bechmark executive vice president of business development and strategy, told SpaceNews. “I’m hoping people realize that they can work with one partner and get the right green propulsion solution for every mission,” he added.

After sealing the deal with Tesseract, Benchmark raised more than $3 million in a capital campaign completed in May. With the latest round of funding, Benchmark will expand its staff of 21 employees, said Benchmark CEO Ryan McDevitt.

Benchmark plans to prove its propulsion technology in flight for the first time later this year. The company’s Starling warm-gas thruster is scheduled to launch in October on a cubesat riding on the maiden flight of Firefly Aerospace’s Alpha rocket from Vandenberg Air Force Base in California. Benchmark’s Halcyon high-test peroxide thruster is scheduled to reach orbit for the first time in December.

Benchmark, founded in 2017, is focused on helping rideshare flight customers reach and maintain their desired orbits. In addition, Benchmark thrusters can help satellites move out of orbit when their missions conclude, McDevitt said.

“One of our founding principles was helping people be responsible space actors,” he added.

One unique feature of Benchmark thrusters is a system that allows customers to launch unpressurized fuel that becomes pressurized in orbit.

“We’re the only ones that are using that specific technology and it has a big impact on being launch agnostic,” McDevitt said.

“Rideshare and [orbital transfer vehicle] competition is a huge catalyst for propulsion market growth,” Franks said in a statement.

At the Small Satellite Conference in 2019, SpaceX and Arianespace announced plans for dedicated small satellite launches. That news has changed the small satellite propulsion market by creating strong demand for services and thrusters to deliver spacecraft to their ultimate destinations.