On Thursday, the US's recently created Space Force accused Russia of testing an anti-satellite weapon from one of its orbiting satellites. Russia is committed to the full demilitarization of space, and is opposed to the deployment of any types of weapons in space, presidential spokesman Dmitry Peskov has told reporters on Friday. Commenting on whether the Kremlin would react to US ac

On Thursday, the US's recently created Space Force accused Russia of testing an anti-satellite weapon from one of its orbiting satellites.

Russia is committed to the full demilitarization of space, and is opposed to the deployment of any types of weapons in space, presidential spokesman Dmitry Peskov has told reporters on Friday.

Commenting on whether the Kremlin would react to US accusations about Russian anti-satellite weapons testing, Peskov suggested that "this should probably be done by our defence ministry and the foreign ministry."

Peskov's comments follow allegations by US Space Force officials Thursday that Russia had tested an anti-satellite weapon from one of its orbiting satellites.

In a statement, the newly created branch of the US military alleged that "on July 15, Russia injected a new object into orbit from Cosmos 2543," a Russian 'inspector' satellite. "Russia released this object in proximity to another Russian satellite, which is similar to on-orbit activity conducted by Russia in 2017, and inconsistent with the system's stated mission as an inspector satellite," the US agency added.

Space Force admitted that there was no indication that the projectile said to have been launched from the Cosmos-series satellite actually struck another orbiting satellite, calling the alleged test a "non-destructive" one.

Space Force chief of space operations and US Space Command commander Gen. John 'Jay' Raymond said the Russian system involved in the test was the same one that 'inspected' a US surveillance satellite earlier this year.

"This is further evidence of Russia's continuing efforts to develop and test space-based systems, and consistent with the Kremlin's published military doctrine to employ weapons that hold US and allied space assets at risk," Raymond added.

On Thursday, US Special Representative for Arms Control Marshall Billingslea said Russia's alleged anti-satellite weapons testing would be brought up during arms control talks in Vienna next week.

Russian officials have repeatedly warned about the dangers of the potential militarization of space. In February, Russian Foreign Minister Sergei Lavrov indicated that NATO plans to put weapons in orbit were slowly moving toward becoming a reality, and stressed that it's not too late to prevent a military confrontation in the new potential warfighting domain by formulating general rules of conduct. Russia and China have each expressed their opposition to the deployment of weapons in outer space, and warned about the dangers of an arms race in this arena.

Russia launched a Cosmos-series inspector satellite from the Plesetsk Cosmodrome in November 2019, with its stated mission being the inspection of the material condition of other Russian satellites orbiting Earth.

Despite accusing Russia of using the Cosmos satellites to secretly inspect foreign satellites, US officials have remained silent about its own secretive 'Geosynchronous Space Situational Awareness Program', which has been accused of using US satellites to approach and inspect Russian, Chinese, Pakistani and Nigerian satellites, civilian and military alike. 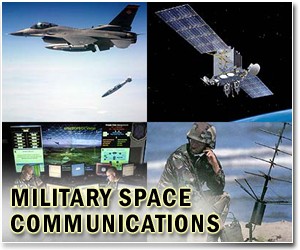