DARPA has no plans for another space launch prize competition 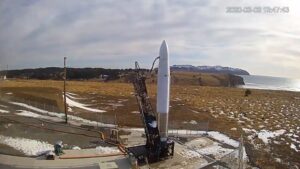 WASHINGTON — The Defense Advanced Research Projects Agency will not sponsor another space launch prize competition after the last one ended without a winner.

“We don’t need to do that at this moment,” DARPA acting director Peter Highnam said July 30 during a video chat with reporters.

DARPA in 2018 kicked off a “Launch Challenge” offering $12 million in prize money to companies that could deploy small satellites to orbit twice within a two-week period. The agency wanted to incentivize commercial launch companies to show what they could do in support of national security space missions.

Three companies qualified for the challenge in April 2019. Two dropped out and the third, Astra, on March 2, 2020, scrubbed its final launch attempt at an Alaska spaceport. So the competition ended without a winner.

Highnam said DARPA nevertheless benefited from what it learned during the competition. He noted that the market has evolved since 2018 and the agency no longer sees the need to nurture the industry. “From the time DARPA announced that challenge to when we finished it, we learned a lot about how the market changed,” he said.

With regard to space launch, he said. “We have ready access for the things that DARPA needs to do.” There are commercial sources to put up many types of assets in space,” Highnam added. “We don’t know what the advantage would be of doing another competition akin to the Launch Challenge.”