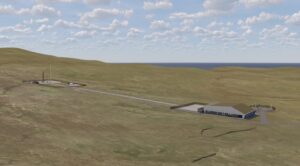 WASHINGTON — The British government expects to soon release a comprehensive set of regulations that will enable companies to perform commercial launches from spaceports in the country.

Space Agency, part of series of virtual events held in place of the Farnborough International Airshow, government officials said they were finalizing an estimated 900 pages of regulations that will cover licensing and oversight of launch vehicles and launch sites.

The regulations build upon the Space Industry Act of 2018, which established the legal framework for commercial launch activity in the country. “It is now the prime piece of legislation needed to launch anything from the U.K.,” Paul Cremin, commercial spaceflight and regulation policy lead at the Department for Transport, said at the event.

The regulations, he said, will cover “everything that prospective spaceport operators and launch operators will require” to carry out commercial launch activities in the U.K. They include licensing requirements, environmental consideration, liability and insurance requirements, security, and the accident investigation process.

“This is a wealth of material that has taken a good two years to pull together,” he said. “It amounts to something like a mammoth 900 pages of material that we’ll be unleashing on you very soon.”

Cremin said the British government has worked closely with the Federal Aviation Administration in the United States, which has decades of experience in commercial launch regulations. That cooperation, he said, will reduce the regulatory burden for any U.S. vehicles that seek to launch from the U.K., although those launches will still need an FAA launch license in addition to any U.K. government license.

The FAA, in the meantime, has been working to streamline its own launch licensing regulations, a process expected to be completed in September. Cremin said the British government has been following that process, but doesn’t expect any changes will complicate U.K. regulations.

“The regulations that we’ve been drafting have been drafted with completely commercial outcomes and a commercial market from the outset,” he said. “I would say that the development of the FAA regulations brings them closer to us than the other way around.”

There are differences between the U.S. and U.K. regulations, such as risk: U.S. regulations set a specific upper level for risk of casualties to the uninvolved public, while the U.K. regulations instead require companies to demonstrate they have reduced risks to a level “as low as reasonably practical.” Despite the differences, Cremin said he was in early discussions with the FAA on establishing a “mutual recognition” system for each other’s licenses, but said that is “a longer term ambition.”

“That’s a huge step forward for the U.K.,” said Andrew Kuh, head of international spaceflight policy at the U.K. Space Agency, during the same webinar. The agreement still requires approval by the U.K. Parliament, which he said should come after the release of the spaceflight regulations.

Kuh acknowledged that the agreement will impose some “operational overhead” on spaceport operators, such as establishing segregated areas for American vehicles with access control. U.S. companies will also still need to obtain export licenses to operate their vehicles from the U.K.

The first company likely to make use of that agreement, and perhaps the broader British launch regulations, is Virgin Orbit. That company has plans to operate from Cornwall Airport Newquay, also known as Spaceport Cornwall. Miles Carden, director of Spaceport Cornwall, said during the webinar that the company is proceeding with the selection of a supplier for ground equipment needed to support launch operations there.

The webinar took place almost exactly two years after the British government announced an initiative to support development of a spaceport for vertical launches in northern Scotland, as well as funding to two prospective users of that site, Lockheed Martin and Orbex.

That launch site, near the community of Sutherland, remains the planning stages. Highlands and Islands Enterprise, a Scottish economic development agency, announced June 26 that a local government committee had approved plans for the site, although final approvals by the Scottish government are still pending.

The spaceport has faced objections because of environmental concerns. Backers of the spaceport argue that the launch facilities will take up just 10 acres of a 740-acre parcel set aside for the spaceport, with no more than 12 launches a year.

“Part of our ambition is to create the world’s most low-carbon space center, and the conditions applied to the planning approval will help us make that a reality,” David Oxley, director of business growth for Highlands and Islands Enterprise, said in a statement about approval of the spaceport plans.