A Comet Visitor and a Pretty Metal Moon

The Downlink: Weekly resources to fuel your love of space

NASA astronauts aboard
the International Space Station captured this image of comet NEOWISE on 5 July 2020, while the station was above northern Iran.

Want to see a comet? If you live in the northern hemisphere, use binoculars to look low in the northeastern sky before sunrise for comet NEOWISE—formally C/2020 F3 (NEOWISE). For southern hemispherians, the comet isn’t visible so you’ll have to settle for this spectacular view of it from the International Space Station. NEOWISE was discovered by NASA’s Near-Earth Object Wide-field Infrared Survey Explorer, which tracks and characterizes dangerous asteroids. The telescope wasn’t originally meant to be an asteroid hunter and its orbit is slowly decaying. A replacement mission, NEOSM, has yet to be fully funded. Sign our petition to help us get NEOSM to the launch pad.

This weekly newsletter is your toolkit to learn more about space, share information with your friends and family, and take direct action to support exploration. Anyone can subscribe at planetary.org/connect to receive it as a weekly email.

If comet NEOWISE doesn’t break up when it passes close to the Sun, it will continue on its orbit and eventually pass by the Earth again—but not until the year 8,786. 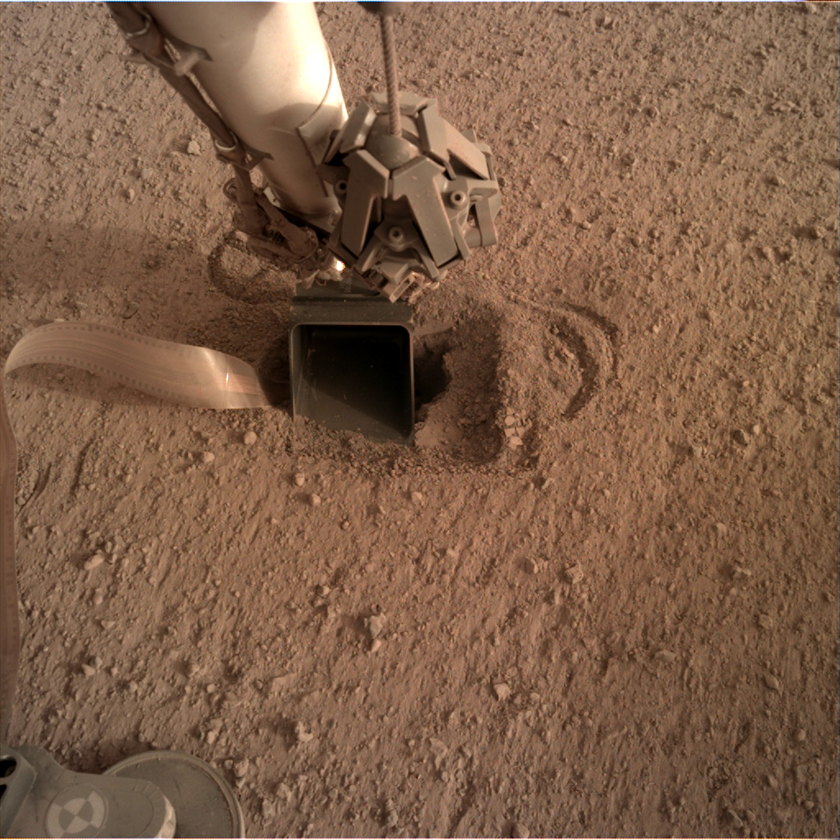 This image taken by NASA's InSight spacecraft on 3 July 2020 shows the spacecraft's robotic scoop pressing down on the buried self-hammering temperature probe known as the mole. The mole's ribbon cable can be seen at left.

The self-hammering temperature probe aboard NASA’s Mars InSight lander may be stuck again. NASA and German Aerospace Center engineers finally got it underground after pressing down on it with InSight’s robotic scoop, but new images taken while the mole hammers show sand grains in the scoop bouncing around—possibly caused by the mole trying to back out of the hole. NASA will move the scoop out of the way to assess the situation. Learn more about InSight here.

After an amateur astronomer captured an image of a new spot on Jupiter, NASA’s Juno spacecraft got a close-up look just 2 days later. “Clyde’s Spot,” named after discoverer Clyde Foster of Centurion, South Africa, is actually a plume of clouds in the gas giant’s upper atmosphere. Learn why we study Jupiter here.

Road trip! While much of the space world’s focus is on the 3 new spacecraft starting their long journeys to Mars this month, NASA’s Curiosity rover will travel roughly 1.6 kilometers (1 mile) to its next science target. Curiosity is climbing the slopes of Mt. Sharp, a mountain in the middle of Gale Crater that preserves eons of Martian history in its rock layers. As it drives up the mountain, Curiosity is studying how Mars’ environment changed from a clement one with lakes filled with drinkable water to one with no surface liquid water at all. Learn more about Curiosity here.

You know the Moon rocks—but did you know it’s also pretty metal? New data from NASA’s Lunar Reconnaissance Orbiter indicate there’s more metal beneath the Moon’s surface than previously thought. Because the Moon likely formed from debris created by a protoplanet smashing into early Earth, understanding the Moon’s chemical and mineral composition helps us understand what happened. Learn more about why we explore the Moon here.

Russia says its long-delayed Luna 25 lander will launch to the Moon in 2021. Luna 25 is expected to test out future landing technologies and carry out scientific experiments near the Moon’s south pole, a region where water ice exists in permanently shadowed craters.

From The Planetary Society 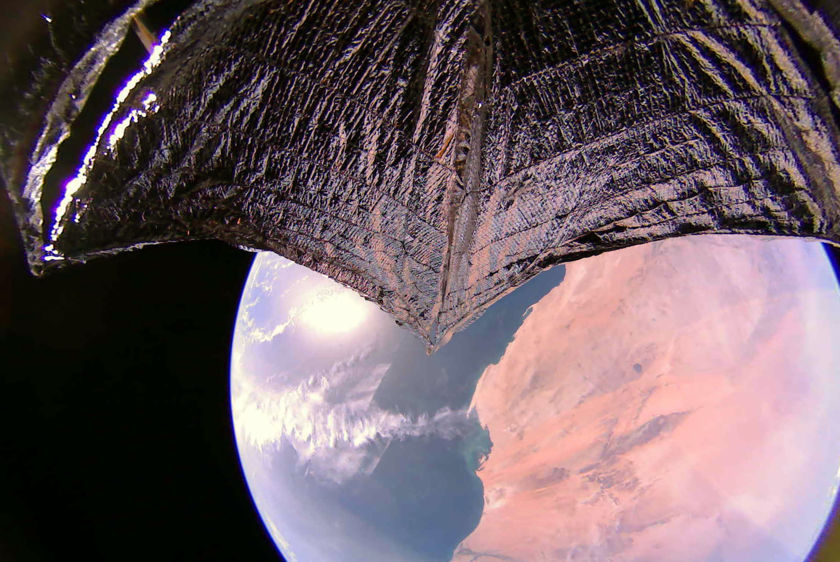 This image taken by LightSail 2 on 3 May 2020 shows a portion of northwest Africa that includes Mauritania and Western Sahara. The Sun can be seen reflecting off the Atlantic Ocean; north is roughly at top. The sail appears slightly curved due to the spacecraft's 185-degree fisheye camera lens. The image has been color-adjusted and some distortion has been removed.

LightSail 2 has completed its primary mission, but that hasn’t stopped it from sending back stunning images of the Earth. This latest image shows Mauritania and Western Sahara in Northwest Africa, as well as the Sun reflecting off the Atlantic. North is roughly at the bottom of the image.

This week, the U.S. House of Representatives advanced their proposal for NASA’s fiscal year 2021 budget. It would provide $22.6 billion dollars—$3 billion less than proposed by the Trump Administration, with almost all of that taken from Project Artemis. Learn more about the 2021 NASA budget here. You can help us advocate for the funding NASA needs by making a gift to our Space Policy and Advocacy program today.

The June solstice issue of The Planetary Report is now available for free online, and as a print magazine for members. This issue showcases the recent accomplishments that members have supported, shares a cosmic perspective with pictures of Earth, and takes you on a deep dive into the wide variety of sample return missions that are underway this year.

Jupiter is at opposition this week, making it the brightest it will be all year. This week Jupiter and Saturn both rise in the east at sunset and set in the west at dawn. Around dawn, Venus will be visible in the east even brighter than Jupiter. 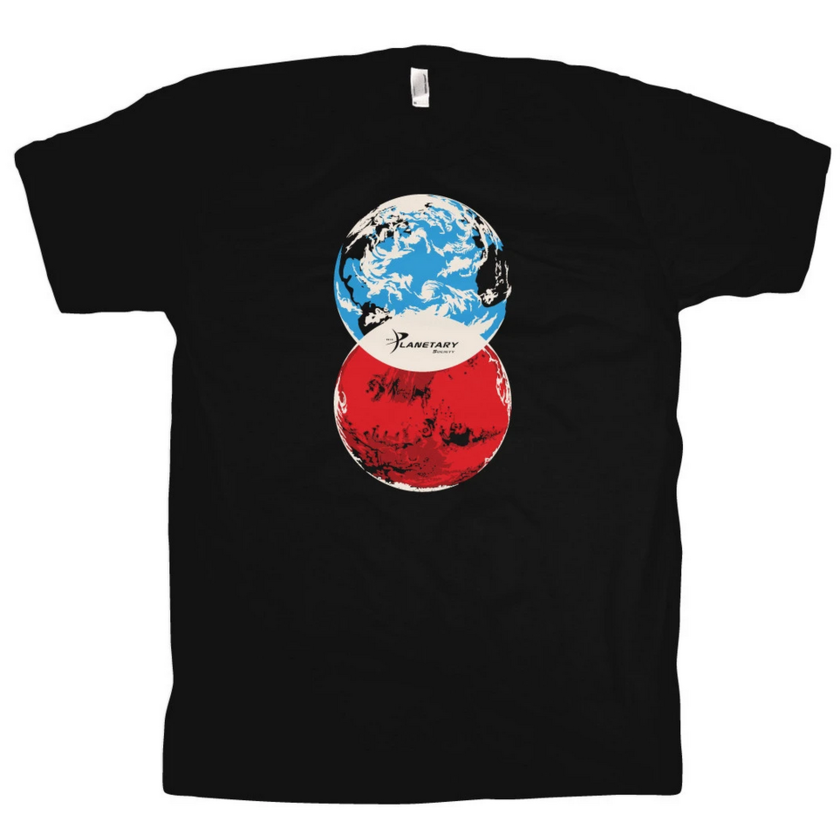 This Venn diagram t-shirt design reminds us that the more we learn about the Red Planet, the more we come to understand our own home. The Planetary Society and our members around the world help strengthen this connection. Every purchase from our online store directly supports our mission to explore worlds, find life, and defend Earth.

Gear up for July’s Mars launches with some awesome Planetary Society apparel! This Venn diagram t-shirt design reminds us that the more we learn about the Red Planet, the more we come to understand our own home. The Planetary Society and our members around the world help strengthen this connection. Every purchase from our online store directly supports our mission to explore worlds, find life, and defend Earth.

Wow of the Week 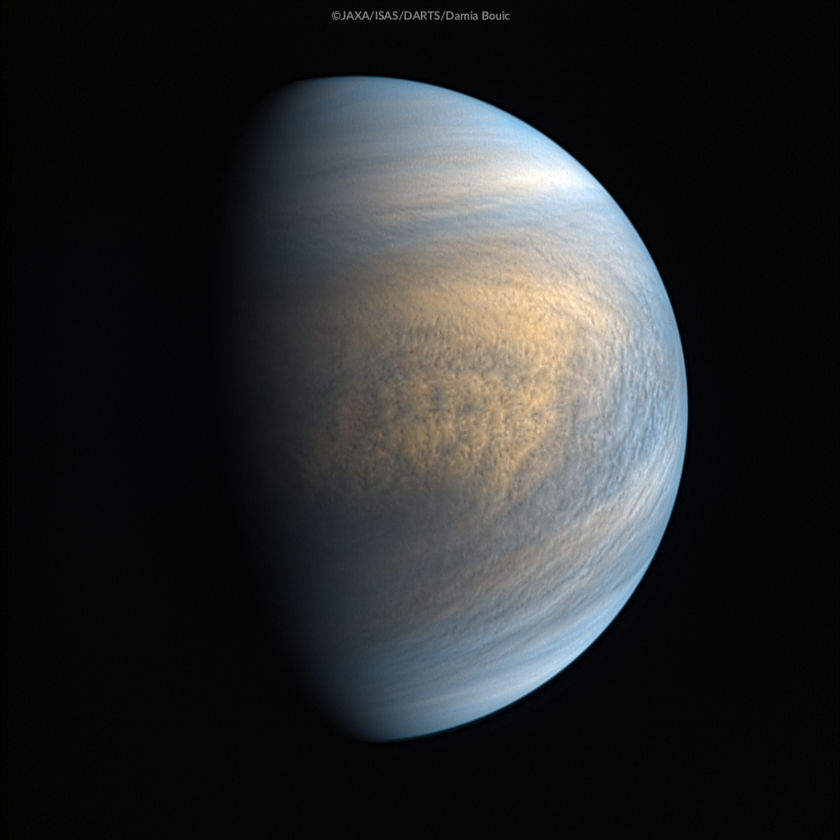 Venus from Akatsuki on 4 November 2017

The image is composed of data taken through ultraviolet filters, featuring clouds at different depths in the atmosphere.

Are you an amateur astronomer? Do you want to make your mark on space exploration? The Europlanet Telescope Network is asking citizen scientists to observe Venus in mid-July, late August and mid-October 2020. The data will provide context for in-space observations made by Europe and Japan’s BepiColombo spacecraft and NASA’s Parker Solar Probe spacecraft. Learn more here. 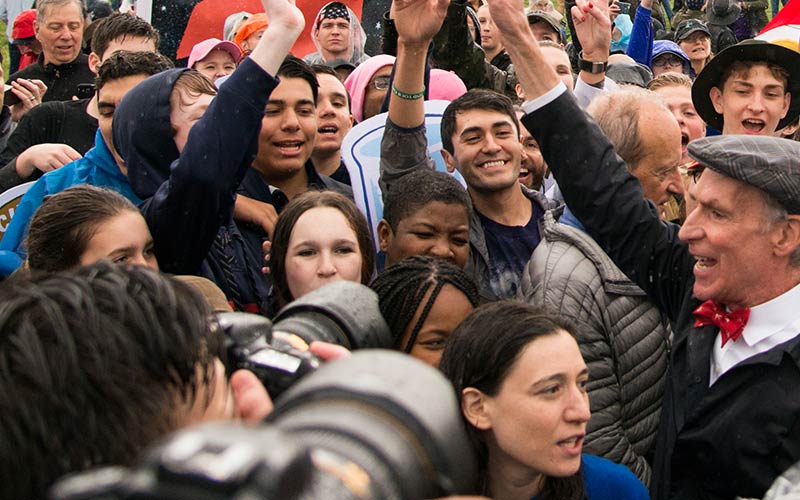 Become a member of The Planetary Society and together we will create the future of space exploration. 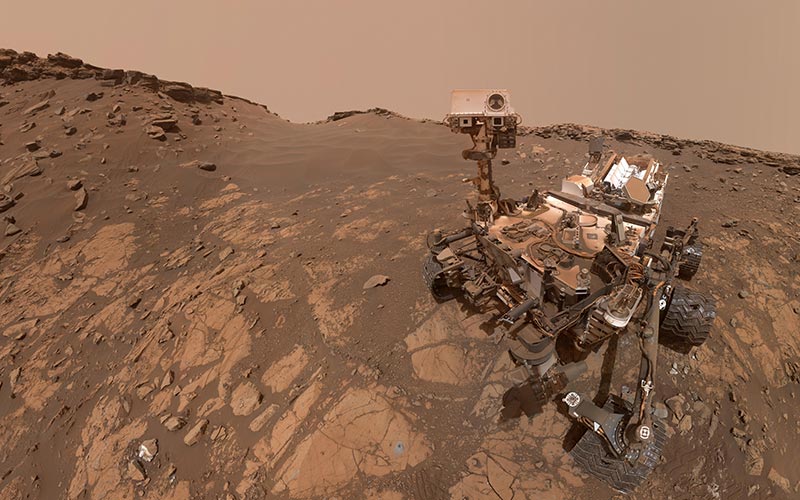 As a space advocate, you’re part of the most exciting time in space exploration in 50 years.