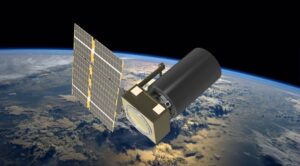 WASHINGTON — Blue Canyon Technologies is producing four satellite buses for the Blackjack program under a $14.1 million contract awarded last month by the Defense Advanced Research Projects Agency. The contract has options for DARPA to buy up to 20 satellites for $99.4 million.

The contract puts Blue Canyon in a position to become the leading supplier of satellites buses for DARPA’s Blackjack program — an elaborate project to demonstrate the military utility of a mesh network of small satellites in low Earth orbit. DARPA said its goal is to deploy 20 satellites by 2022.

Although DARPA signed study contracts with other bus providers, only Blue Canyon has a production contract.

He said DARPA had to put Blue Canyon on contract now in order to meet program deadlines. A key concern is making sure the satellite can operate Blackjack’s command-and-control software known as Pit Boss.

DARPA wants Blackjack satellites to be modular so new payloads can be added without having to redesign the bus. The idea is to speed up the production and lower the cost of satellites compared to traditional acquisitions of custom-built spacecraft.

If DARPA exercises all options to buy 20 satellites, Schum said, that would make Blackjack the biggest contract ever won by Blue Canyon.

The satellites are based on the 150-kilogram X-SAT microsatellite bus that Blue Canyon manufacturers for commercial use. “There’s a little bit of customization,” said Schum. “In Blackjack, the driving force is to keep the cost down, take a commercial bus and see what it can do with military payloads.”

Thomas said SEAKR serves as the “constellation and mission-level integrator above the satellite level, with support from Lockheed Martin systems engineers who are tasked with ensuring gaps between these levels are addressed by SEAKR or Lockheed Martin.”