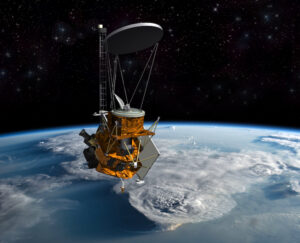 For the Joint LEO Sounding Mission Study, Ball will assess whether all the instruments could be integrated on Ball small satellites. Ball also will consider whether commercial launch options that would allow NOAA to take delivery of the small satellites in orbit, according to a June 30 news release.

“Operational weather satellites are a critical part of the nation’s infrastructure, playing a key role in keeping the public safe and the economy strong by enabling forecasters to predict and reduce the impacts of extreme weather events,” Makenzie Lystrup, Ball Aerospace Civil Space vice president and general manager, said in a statement. “Through close coordination with the broader weather community, Ball developed a series of innovative technology and mission solutions to meet NOAA’s most critical space-based observational needs in an affordable and sustainable way. These studies are a continuation of this effort.”

The four study contracts awarded to Ball are:

As of June 30, NOAA had awarded more than $13.5 million to 15 companies for 25 studies, according to the U.S. government website beta.SAM.gov.