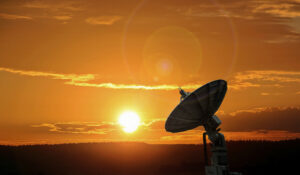 WASHINGTON — Amazon Web Services is increasing its effort to sell cloud services to the space industry through the formation of a dedicated business segment called “Aerospace and Satellite Solutions.”

“AWS is committed to supporting our customers’ missions, even those outside the Earth’s atmosphere,” Teresa Carlson, vice president of worldwide public sector at AWS, said during a virtual summit June 30.

“The Earth and space-based systems that we build now will inform nearly every decision we make in the years to come. We want to bring all those AWS tools to bear to help our customers succeed in space.”

Amazon has been steadily increasing its presence in the space industry in recent years, most notably through Project Kuiper, an initiative to provide high-speed broadband through a constellation of 3,236 satellites in low Earth orbit. Jeff Bezos, the founder of Amazon, also owns the separate space launch company Blue Origin, which launches the suborbital New Shepard rocket and is preparing to launch the orbital New Glenn rocket in 2021.