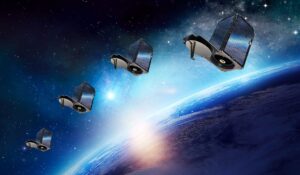 WASHINGTON — As revised commercial remote sensing regulations win widespread approval, the industry is turning its attention to how those new rules will be implemented.

The Commerce Department published May 19 the final version of revised regulations for commercial remote sensing satellite systems, a year after releasing a draft rule.

The intent of the new rule is to streamline the licensing process and, in the process, make American companies more competitive in the global market.

The new rules establish three tiers of systems. Those satellites with capabilities “substantially the same” as existing systems not licensed by the Commerce Department — specifically, foreign commercial systems — would be placed in Tier 1 and be subject to a “bare minimum of conditions” on their use. Those systems that would provide data matched only by other U.S. systems would go into Tier 2 and be subject to more conditions, while Tier 3 is reserved for those that offer a “completely novel capability” and could be subject to additional, temporary conditions.

The satellite industry embraced the new regulations, finding them far less onerous than the old regulations, particularly for emerging systems. Industry also saw the final rule as a major improvement over the draft rule last year, which was widely criticized for provisions such as attempting to classify systems as “low risk” or “high risk,” with nearly all systems falling in the latter category.

“Last year, at this meeting, you told us that our first draft of the rule would be detrimental to the U.S. industry, and that it could threaten a decade’s worth of progress,” said Commerce Secretary Wilbur Ross at a meeting of the Advisory Committee on Commercial Remote Sensing (ACCRES) June 25. “We listened, and made the case with our government colleagues that the U.S. industry must innovate and introduce new products as quickly as possible.”

Others speakers at the three-day ACCRES meeting offered similar comments. “I want to congratulate you all for pushing to make the final regulations forward-looking, in that they protect our national security but are flexible enough to allow industry to thrive and compete on a level playing field with remote sensing companies across the world,” said Sen. Ted Cruz (R-Texas), chair of the Senate space subcommittee, in remarks to the committee June 23.

“The final rule issued last month was a step in the right direction,” said Rep. Brian Babin (R-Texas), ranking member of the House space subcommittee, at a June 23 session of the meeting.

The new regulations formally take effect July 20. Members of ACCRES and others at the meeting said their attention is now turning to how to the new rule is implemented.

“It becomes important for us to focus some attention on the implementation details,” said Gil Klinger, chair of ACCRES, warning that history has shown “how wonderful policy ideas crash and burn when it came to the implementation.”

Other speakers shared that view, often using the same phrase to highlight their concern. “While they’re a step in the right direction,” Cruz said of the new rules, “and a marked improvement over the proposed rule from May of last year, the devil is going to be in the details of how exactly they’re going to be implemented.”

“There are a few questions that I have, and a few questions that remain to be answered, in my review of it, because, of course, the devil is in the details,” Horn said of the new rules. That includes, she said, how the decision will be made on assigning proposed satellite systems to one of the three tiers and how terms like “substantially the same” in the rules will be defined and interpreted.

Regulators agree that implementation of the new rules is key. “It’s all about implementation,” said Tahara Dawkins, director of the Commercial Remote Sensing Regulatory Affairs (CRSRA) office within NOAA that licenses remote sensing systems. “We’re trying to get this right. We’re trying to be as transparent as possible as we move forward.”

That implementation is still a work in progress, although NOAA officials at the meeting outlined their approach for doing so, including how systems will be assigned to tiers and how they will determine the availability of data from foreign commercial systems in order to help determine if an application falls into Tier 1.

Some, like Babin, are seeking more changes to the regulations and the underlying law. “If American commercial remote sensing companies are to lead in the 21st century, Congress must update the Land Remote Sensing Policy Act to reflect today’s technological landscape,” he said.

Despite lingering concerns about the implementation of the new rules, Klinger saw them as a vast improvement over the draft version last year, which he had sharply criticized. “I’m not sure I would have bet my paycheck, or anything else, on that outcome,” he said.