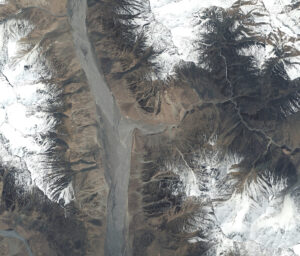 WASHINGTON — The National Reconnaissance Office will increase spending on commercial satellite imagery over the next several years as the agency seeks to benefit from market competition, analysts predict.

A new report from Quilty Analytics estimates the NRO’s annual spending on commercial imagery could grow anywhere from $50 million to $100 million a year.

The NRO currently spends about $300 million a year on imagery provided by Maxar under a sole-source contract known as EnhancedView. The combination of purchases under EnhancedView and additional contracts expected to be signed with other vendors could bring total NRO commercial imagery procurements to $400 million a year.

The NRO collects imagery from its own satellites but also acquires products from commercial vendors for use by the intelligence community, the U.S. military and other agencies.

Pete Muend, director of the NRO’s Commercial Systems Program Office, told SpaceNews in a recent interview that the agency plans to award multiple commercial imagery contracts later this year. Muend did not specify how many contracts will be awarded or the expected value of the contracts but he said the NRO will step up purchases from commercial vendors.

“We’re looking at a future where the vast majority of our requirements can be met by commercial providers especially over time as they build up their capabilities,” Muend said.

Justin Cadman, of Quilty Analytics, said Maxar will retain the bulk of future NRO imagery contracts and.emerging competitors Planet and BlackSky will gradually gain market share. Maxar gets about $300 million a year under EnhancedView and its sales to the NRO will likely continue at that level for the next several years. Planet and BlackSky will benefit from the projected growth in annual spending, Cadman said.

The increase is due to the growing needs for satellite imagery by national security agencies, he said. The U.S. withdrawal from the Treaty on Open Skies and an array of global crises also will create new demand for imagery.

Maxar’s EnhancedView contract runs through 2023. Cadman said the NRO is likely to award Planet and BlackSky separate procurement contracts in late 2020 or 2021. After 2023, he said, a new contract vehicle will be developed to replace EnhancedView that will incorporate multiple vendors.

The NRO is looking to tap into the capabilities of a new generation of imaging satellites that deliver high resolution and rapid imagery refresh over key areas of interest.

Cadman said Maxar’s new WorldView Legion constellation will ensure the company will “reap the bulk of contract funding, capturing no less than its current $300 million per year while still providing sizable opportunity for BlackSky and Planet.”

Contract opportunities for these emerging players will “evolve over time, dependent on their success in delivering high-quality data,” said Cadman.