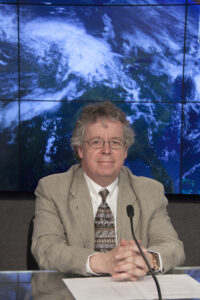 SAN FRANCISCO – The National Oceanic and Atmospheric Administration plans to acquire commercial radio occultation data for operational use, according to a detailed report released June 26 on the agency’s Commercial Weather Data Pilot.

“Based on the results of the technical evaluation of the data provided by two vendors in the CWDP Round 2 Pilot, NOAA has concluded that the commercial sector is capable of providing the quality of data needed to help support NOAA’s operational weather forecasting needs,” according to Commercial Weather Data Pilot (CWDP) Round 2 Summary.

“As a result, NOAA is proceeding with plans to acquire commercial [radio occultation] data for operational use.”

To date, NOAA has acquired radio occultation data, an important input for terrestrial and space weather models, from government missions like the six-satellite Constellation Observing System for Meteorology, Ionosphere, and Climate-2 launched last year. To evaluate additional data sources, NOAA solicited vendors for the first round of the CWDP in 2016 and a second round in 2018.

In the second round, NOAA awarded CWDP contracts to GeoOptics, Spire Global and PlanetiQ. Only GeoOptics and Spire submitted data because PlanetIQ had not launched its first satellite.

NOAA did not feed the radio occultation data acquired during the CWDP Round 2 into its operational weather models. Instead, the agency conducted a retrospective analysis to determine whether the data would have improved forecasts.

Data from 12 Spire satellites “produced a marked positive impact” on one-day forecasts in southern and northern latitudes, the report said.

“In general, for both vendors, NOAA’s data assimilation experiments showed slightly positive impact for the one- to three-day forecasts, and neutral results for the five-day forecasts,” according to the report.

Spire CEO Peter Platzer called the report “very good news” for NOAA’s efforts to improve weather forecasts, for people on the ground dealing with weather uncertainty, for the commercial weather data industry broadly and for Spire and GeoOptics specifically.

Conrad Lautenbacher, GeoOptics CEO and former NOAA Administrator, said the report “demonstrates commercial satellite data will enable NOAA’s National Weather Service to make significant improvements in forecasting for all Americans within the consistent budget limitations under which it operates.”